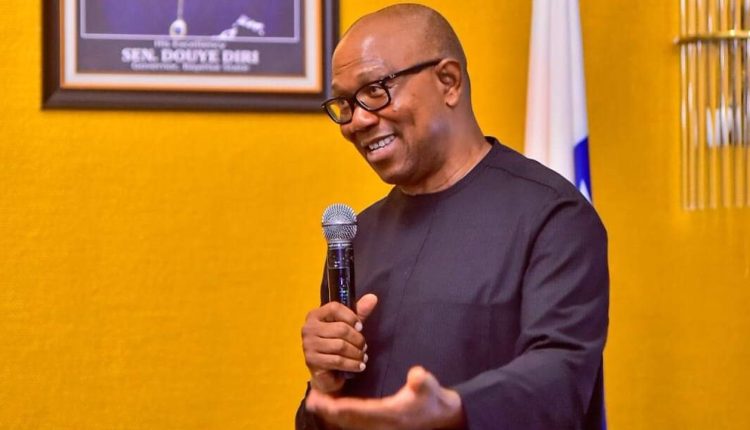 The 15 political parties deregistered by the Independent National Electoral Commission, under the aegis of Coalition for Good Governance, on Friday declared support for the presidential ambition of the candidate of the Labour Party, Peter Obi.

The organisation said only Obi out of the candidates contesting for the 2023 Presidency can stop Nigeria from disintegrating.

The CGG in a statement by its national chairman, Okey Chikwendu, and Publicity Secretary, Don Anthony Harmattan, said the deregistered parties decided after carefully studying each presidential candidate to know the most reliable and credible among them.

It would be recalled that INEC had in 2020 deregistered 74 political parties on the ground that they failed to meet constitutional requirements that determine the continuous existence of political parties in the country, leaving 18 which passed its test.

But the deregistered parties said they still have their structures in place, adding that they would all support and work for the success of the former governor of Anambra State.

“The choice is based on identifying the ticket with the most credible candidates who are tested, trusted, and exhibit the sufficient intellectual capacity to salvage our nation from the wreck we find ourselves and meet the yearnings of the Nigerian people which is equitable, fair and just irrespective of tribe or ethnicity.

“In furtherance to the above, the CGG on July 28 held a meeting in Abuja well attended by the National Party Chairmen and former presidential candidates of deregistered political parties whereby they took a very critical appraisal of all the current presidential contenders for the 2023 presidential elections and their Vice, the House unanimously voted Peter Obi/Yusuf Datti Baba-Ahmed as the most credible among the candidates and as such resolved to support and work with them and their campaign group on the platform of Labour party.

“We, therefore, agreed to rebrand our offices nationwide as Campaign support offices for the project. Our structures all over the 36 States and 774 Local Government Areas are henceforth required to support the Obi ticket.

“Nigerians have had enough of the disunity, eminent disintegration, lingering ASUU strike, terrorist threats, killings, kidnappings, hunger, unemployment, unbearable petrol cost and scarcity, high electricity tariffs, its epileptic situation, rising food cost etc and the continued lack of resolve by the establishment to put an end to these crises.

“We as leaders in mainstream politics in Nigeria wish to make clear that only an efficient, effective and credible candidate of renowned character can resolve most of Nigeria’s lingering problems and we, therefore, urge Nigerians to heed our advice and support our goals of returning Nigeria as the true giant of Africa and the production hub of West Africa.”