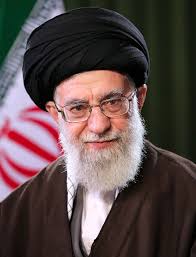 An aide to Iran’s supreme leader paid condolences to the family of a woman whose death in police custody has ‘sparked’ days of protests and promised their rights would not be ignored, Iranian media said on Tuesday, in an apparent effort to defuse tensions.

Mahsa Amini, 22, from Iran’s Kurdistan province, fell into a coma and died after her arrest in Tehran last week by the morality police for “unsuitable attire,” sparking nationwide anger and demonstrations against the authorities in numerous areas, including the capital.

The protests spread on Monday, with the most intense in the Kurdish region. Kurdish human rights group Hengaw said three people were killed there on Monday when security forces opened fire, “revising down a previous tally of five dead.”

Pourzahabi told Amini’s family “all institutions will take action to defend the rights that were violated” and that he was sure Khamenei was “also affected and pained” by her death.

“I hope that with this sympathy and your family’s good faith, the trauma that has been suffered in the society will be corrected,” Pourzahabi said.

“As I promised to the family of Ms. Amini, I will also follow up the issue of her death until the final result.”

The police have said Amini fell ill as she waited with other women held by the morality police, who enforce strict rules in the Islamic Republic requiring women to cover their hair and wear loose-fitting clothes in public.

But her father has repeatedly said his daughter had no health problems, adding that she had suffered bruises to her legs. He held the police responsible for her death.

In the nationwide condemnations of Amini’s death, the Persian hashtag #MahsaAmini has reached over 3 million Twitter mentions.

Videos posted on social media have shown demonstrations in numerous cities, with women waving their headscarves and protesters facing off with security forces.