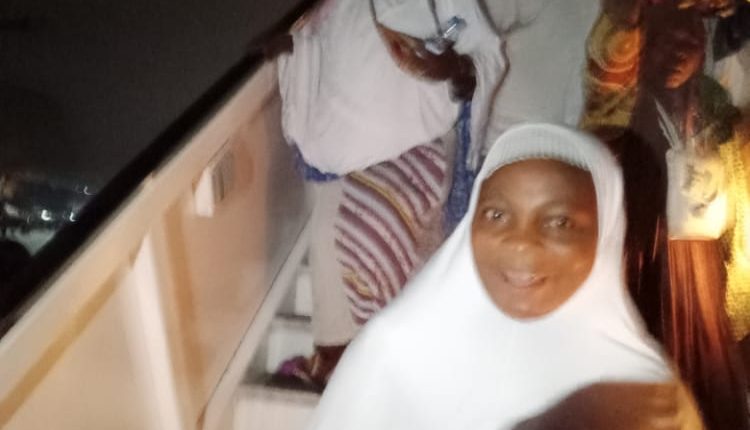 The last batch of pilgrims from Kwara State that partook in the 2022 pilgrimage through the state Muslim Pilgrims Welfare Board, Ilorin to Saudi Arabia have arrived back home.

The state pilgrims numbering three hundred and twenty eight landed safely at Ilorin International Airport via Max Air at about 1 am on Wednesday. 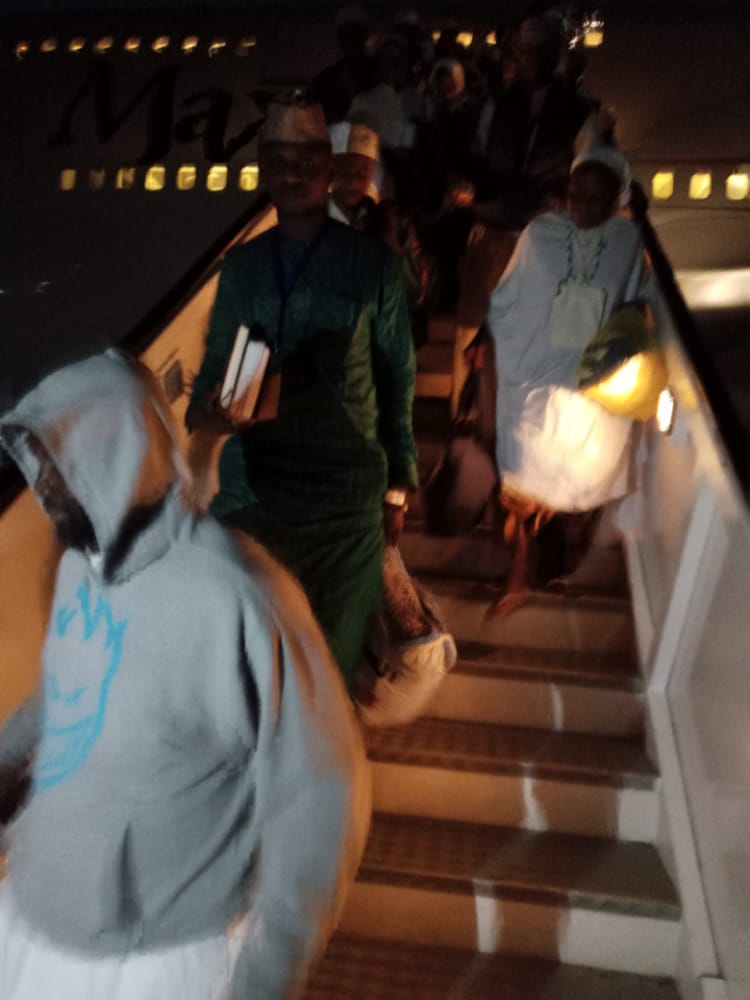 Among those that were the latest arrivals are the state chairman of the board, Dr Abdulkadir Sambaki, other board members, the Special Assistant Religion to the state governor, Alhaji Ibrahim Danmaigoro, NAHCON officials, health personal and others.

The pilgrims were received at the Ilorin International Airport by some top government officials, members of the pilgrims board , families, friends and well wishers  .

The Executive Secretary of the board, Mr. Abdul Ganiyu Ahmed is still in Saudi Arabia perfecting all other relevant documents as it  relates to the Hajj exercise.

The Max Air that landed at the Ilorin International Airport also had on board additional one hundred and twenty pilgrims who are from Bauchi State that were later airlifted  to their destination after disembarking those from Kwara.

With the arrival of the third and last batch, it brings to an end the 2022 Hajj operations that were airlifted to the holy land from the state Muslim pilgrims welfare board.

Speaking on the exercise with Voice of Nigeria, this year’s Amirul Hajj, Dr Awa Ibraheem disclosed that despite many challenges that bedeviled hajj operations in many states of the Federation this year,  the support the State Governor , Mallam AbdulRahman Abdulrazaq, made the board to surmount all the challenges and eventually experienced a very successful and rewarding hajj operation.

Dr Awa Ibraheem added that the state did not lose any pilgrim during the operation and no pilgrim experienced any sickness that was beyond the capacity of the medical team.