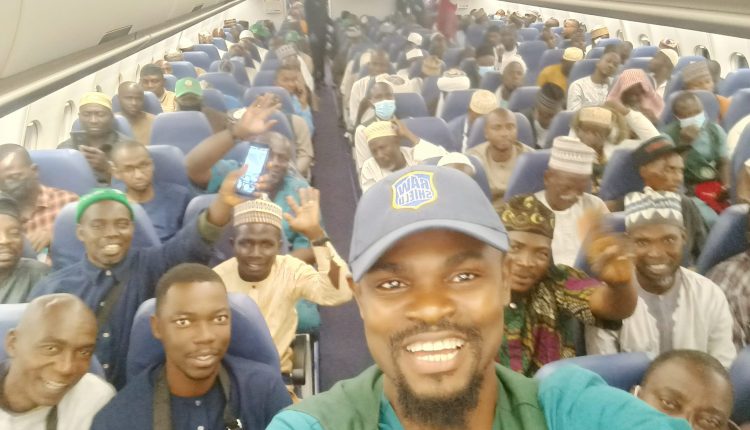 The Commissioner for Information, Culture and Tourism, Dr Wasiu Olatubosun, disclosed in a statement made available to newsmen from Saudi Arabia, that the pilgrims joined other Nigerian pilgrims to the Kingdom of Saudi Arabia for the 2022 Hajj, taking the total number of pilgrims from the State so far airlifted by Oyo State to 655, in four flights.

In the same vein, the commissioner revealed that the Oyo State pilgrims observing the 2022 Hajj Exercise in Saudi Arabia have, on Wednesday, offered special prayers for the continued good governance of Governor Seyi Makinde in Oyo State and peaceful co-existence in the nation.

Olatubosun said the special prayers, which was performed at Kaaba, was led by the Vice Chairman, Oyo State Pilgrims Welfare Board, Muslim Wing, Dr Ibrahim Adebolu and had in attendance top government functionaries from Oyo State and pilgrims from other states, who expressed pleasure at the efforts of the Oyo delegation.

He stated: “The last two batches of 2022 Oyo State Hajj exercise offered special prayers for Governor Makinde while observing our obligatory Tawaf (circumbulation around sacred kabba and walking at Saffa and Marwa). The Chairman, Pilgrims Welfare Board, Muslim Wing, Prof Sayed Malik, was represented by his deputy, Dr Ibrahim Adebolu.

“Oyo State Pilgrims were joined by other well-wishers during the special prayer session for our amiable governor. We also prayed for our country, Nigeria, as well as peaceful coexistence of the nation,” the statement reads.

Olatubosun said the pilgrims expressed delight at the good governance in Oyo State and prayed to Allah to give Governor Makinde the grace to keep executing the mandate to develop the state.

He noted that the pilgrims and the state officials also commended Gov. Seyi Makinde and the state Pilgrims Welfare Board, for the arrangements put in place to ensure a smooth and successful Hajj exercise.