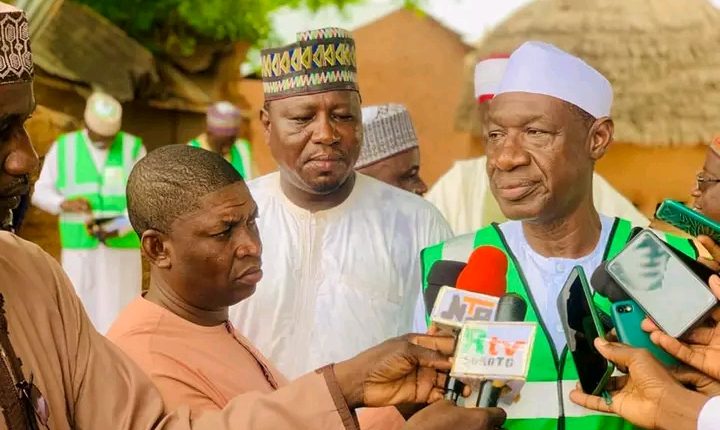 The National Population Commission (NPC) has begun the enumeration of persons in Sokoto State, North-West Nigeria, for trial census as part of preparation ahead of the 2023 general Census.

Enumeration exercise was being carried out in nine local government areas of the three Senatorial Districts of the state.

Among the selected communities in  Shagari local government area of the state includes Tunga Rana, Tudun Shibkau and Kajiji.

A total of no fewer than 80 enumerators and nine supervisors were designated to carry out the enumeration exercise.

Speaking at Shagari shortly after supervising the exercise, the NPC Federal Commissioner in the state, Alhaji Chiso Dattijo, described the trial census as successful and a full “rehearsal” of the main census stressing that the enumerators would canvass all questions that needed to be asked in 2023.

According to him the questions would cover age, gender, marital status, educational attainment, work status, migration, disability, mortality and housing while religion and ethnicity would be excluded.

He added that the information collected would be uploaded to the NPC central server in the cloud by enumerators after each day’s work had  been certified by the supervisors.

Dattijo maintained that the information gotten would only be used for statical and developmental planning purposes..

He also took journalists to some of the houses were residents were being enumerated at Tunga Rana, Tudun Shibkau, Kajiji in Shagari local government  to observe how the exercise was being conducted and the challenge being experienced by the enumerators.

The Federal Commissioner further explained that the commission had taken measures to collaborate with security operatives and ensure smooth implementation of the excercise across the State.

One of the enumerators, Mr. Fahat Garba, said the exercise so far had been successful.

He further explained that the challenges they had encountered is continuous advocacy to get on board those who were unwilling to be enumerated .

The Representative of the District Head of Shagari, Alhaji Muhammadu Bala Shagari, Alhaji Abdullahi Samna, told journalists that there has been an enlightenment campaign and sensitization on the benefits of being enumerated.

He assured continued sensitization of more communities in the local government area for successful implementation of the exercise.

Also, the Chairman Shagari local government, Alhaji Dantani Shagari, commended the commission for choosing his communities for the trial census.

Dantani explained that his local government authority with vigilante group and other security operatives had strengthened effort in the area to provide more security that would ensure smooth conduct of the excercise.

The Chairman urged people of the area to continue to cooperate with trial census workers.