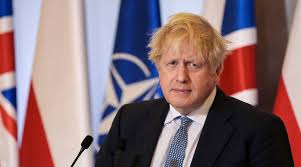 UK PM to travel to UAE to pay respects

Johnson, who said he was ‘deeply saddened’ to learn of the death, will also use the visit “to reinforce the close bond between the United Kingdom and United Arab Emirates which will continue under the Presidency of His Highness Sheikh Mohammed bin Zayed Al Nahyan,” the statement said.

No Nuclear Arms or NATO Bases on Finland’s Soil

Britain’s Prince Charles and Camilla on Tour to Canada

Market Violence not Motivated by Religion or Ethnicity- Minister

Nigeria to partner with UAE on renewable energy