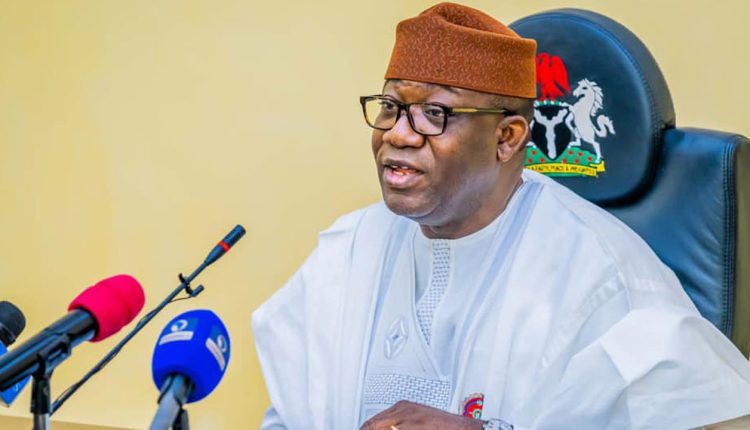 The Governor of Ekiti State, Kayode Fayemi, says if elected as president, he will tackle the security challenges of Nigeria holistically by using an integrated security system.

Governor Fayemi said this when he publicly declared his ambition in Abuja to contest for the presidential ticket of the governing All Progressives Congress, APC.

The Governor said after comprehensive consultations, he sort to contest the APC ticket because he has a well-thought agenda for Nigeria.

While listing out his plans to develop the country, he noted that it could only be achieved if the government’s planning system was well developed.

“To give full effect to this, concrete programmes of action will be launched in priority areas that will allow for a revamping of the credibility of the Nigerian state, the promotion of an enhanced social contract, and the revamping of the national identity.

“ As the standard-bearer of the APC, I will lead the implementation of a holistic and integrated response to the multifaceted security crises confronting us.

To this end, the retooling of our armed forces, intelligence agencies, and border guards will be pursued in tandem with an overhaul of our policing system and the phasing in of bold universal social policies that will enable us decisively to tackle poverty and upgrade human capital and security.”

Governor Fayemi, who fielded questions from the audience while addressing a question on how to tackle impunity, said Nigerian leaders lack the courage to do what is right.

“What is also lacking in Nigeria is the leadership, the courage to do what is right.

“Some people consider themselves as principalities and people who believe that they are the owners of this country, and then do whatever they like. They also believe that the law can not catch up with them.

“We will not be arbitrary, but we would be very sneaky about upholding the rule of law and access to justice to all Nigerians. There are different levels of impunity.

“Impunity reigns because our justice system has been crippling and because our country’s entire justice sector system is problematic. If we look at the journey from the investigation to the conviction of the crime, we would have forgotten that the person committed the crime.

“I think swift delivery of justice, access to justice, accountability in society are areas we need to pay attention to.