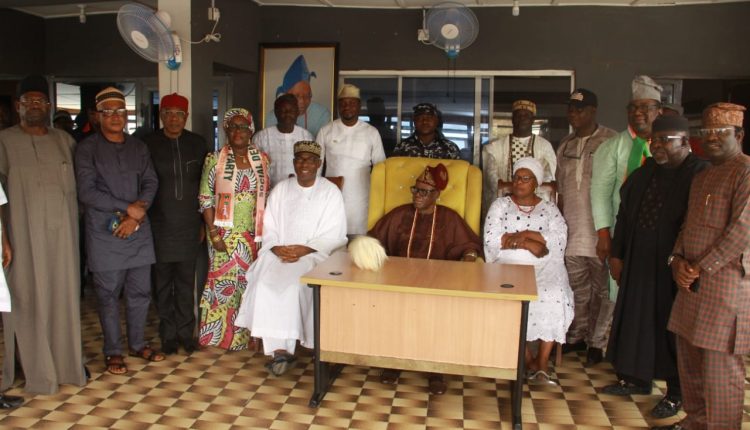 The Olubadan of Ibadanland, Oba Lekan Balogun, has urged Nigerians to lay less emphasis on religion and tribe but focus on the programmes of the political parties which would engender unity, growth, and development of the country.

The monarch made the charge at his Alarere residence during a courtesy visit paid to him by the Presidential candidate of the Social Democratic Party (SDP), Prince Adewole Adebayo, in the company of other leaders of the party, ahead of the commissioning of the party’s Southwest Zonal Secretariat, on Monday, at Eleyele, in Ibadan. 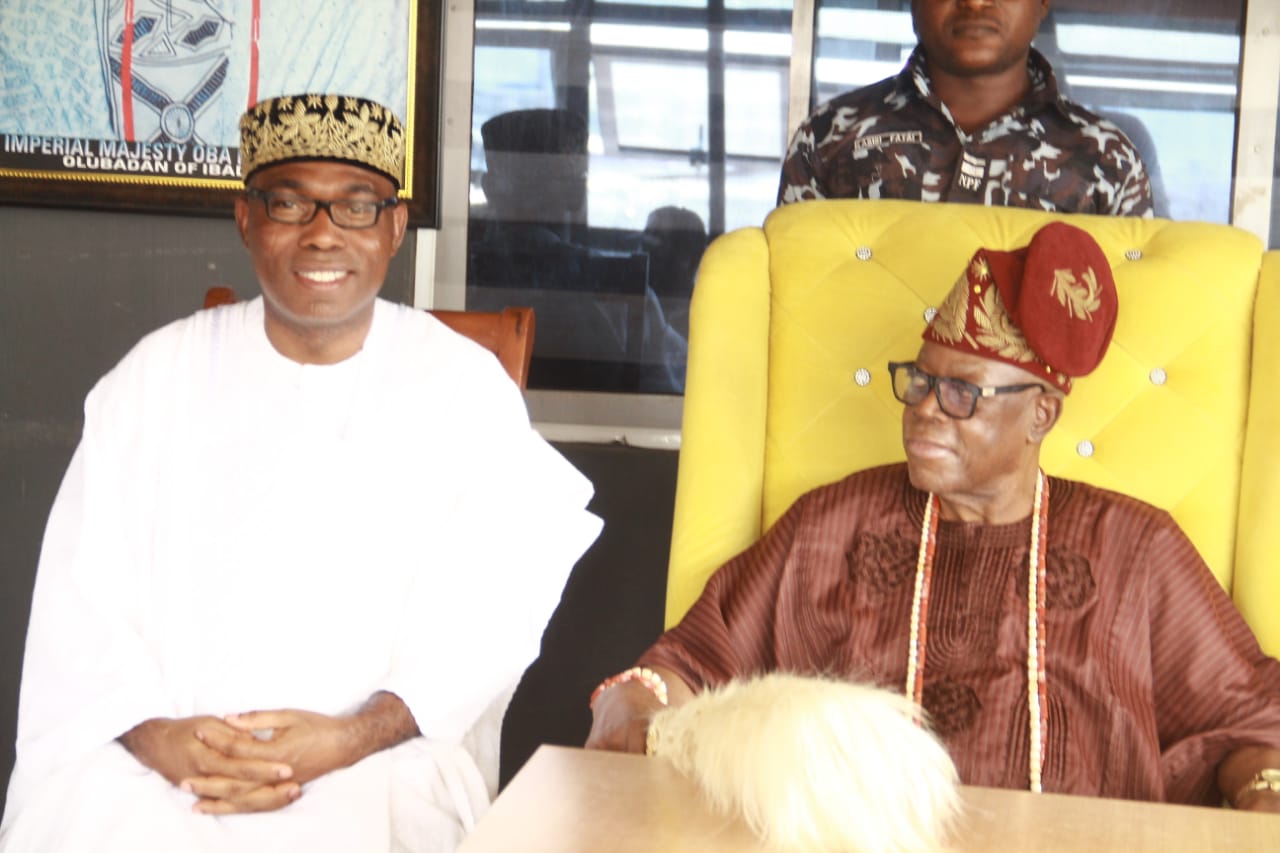 Oba Balogun, who spoke through the Ekerin Olubadan of Ibadanland, High Chief Hamidu Ajibade, noted that the present situation of the country called for concerted efforts of all to live it out of the woods.

He stressed that Nigerians’ leadership choice in the 2023 general elections would go a very long way in determining what becomes of the country soon.

In a statement by his Personal Assistant (Media), Dele Ogunsola, the monarch said: “Our problem today should not be where one comes from or what mode of worship does one embrace, but, how the problems of insecurity, unemployment, wobbling economy, comatose education, among others would be tackled.

“What your party needs is prayers because, in your speech, you have touched and identified the concerns of the generality of the people, and going by what you have said, it is easy to know that you have excellent and genuine intentions for the liberation of our people.

“It is our prayer that God Almighty would grant you your heart desires which we hopefully think would benefit Nigerians and replace the current forlorn hope with smiles and enthusiasm,” the Olubadan added.

Earlier, the Presidential Candidate of the Social Democratic Party (SDP), Prince Adewole Adebayo, said the party is set to bring back the glory of Nigeria through five areas of security, economy, employment generation, unity of the country, and the rekindling of people’s hope and confidence in the government through granting of people’s rights and privileges to them.

He lamented the military had aborted the good intention of the party to show what good governance should be through the criminal annulment of the June 12, 1993, presidential election won by MKO Abiola, which, to date, remained the freest and fairest in the electoral history of the country.

Adebayo noted: “Those who know us would appreciate that our party loves peace and not given to the do-or-die tendency of some people, which we have identified to be the function of the government of exclusiveness that the country has over the years been having, instead of a government of inclusiveness which our party would promote if given the mandate to rule the country.

“When people know and feel that a government in place caters to the interest of all without consideration for your tribe, language, or religion, they won’t find it challenging to repose their confidence in such government.

Lana, a onetime Commissioner for Justice and Attorney-General in Oyo State, commended the initiative by Oba Balogun to set up a land dispute committee, saying the initiative must be widely acknowledged because land grabbing had assumed a very alarming dimension in the state.

He noted that if voted as governor, he would give legal backing to the committee towards ensuring that people’s fear of the acquisition of land in Ibadanland, in particular, and Oyo State, is alleviated so that the state would become more investor-friendly.