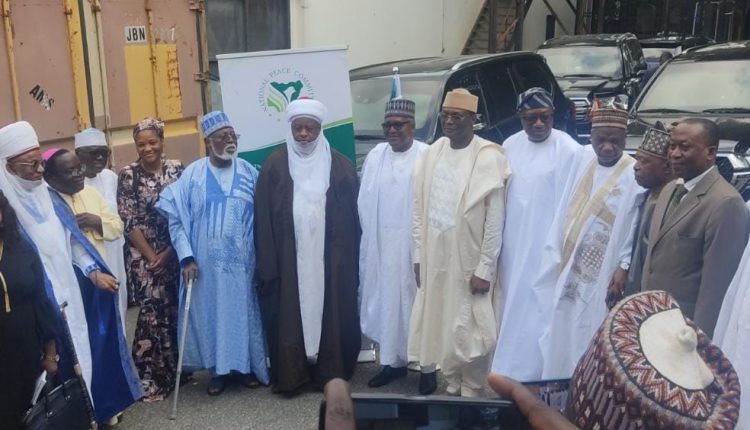 The National peace committee in Nigeria is planning to organise the signing of two peace Accords by Presidential candidates of all political parties in Nigeria for the 2023 general election.

According to the committee’s report, the first phase of the signing would hold on Thursday the 29th of September, 2022 at the International Conference Center in Abuja.

The aim is to commit all political parties,  presidential candidates, and their spokespersons to peaceful political campaigns and rallies.

The Chairman of the Peace accord committee, a former Military Head of State in Nigeria, General Abdulsalami Abubakar, stated this on Thursday in Minna, Niger state capital, after a stakeholders meetings on issue-based campaigns in the 2023 General elections in the country.

General Abdulsalami urged politicians to devoid of violence, incitement, and personal insults, but focus their campaigns on issues at the very heart of National development and progress.

He mentioned that the second Peace accord which was intended to commit candidates to accept the outcome of the votes as long as it is adjudged to be free fair and credible would come up shortly before the elections.

“When it comes to elections our politicians normally go on a rampage, there’s a lot of disharmonies, and mudslinging, and also the voters go and sell their votes,” General Abdulsalaam stated.

He said, ” The essence of this meeting is to arrange for the signing of a peace accord for free and fair campaigns.”

The INEC Chairman further commended the National peace committee for taking a giant step by inviting all the candidates and Chairmen of political parties to commit to peaceful campaigns ahead of the elections across the country.

The National Peace Committee NPC, in a statement jointly signed by the Chairman, General Abdulsalami Abubakar, and the Convener, Most Reverend Dr. Matthew Hassan Kuka, Catholic Bishop of Sokoto, called on Nigerians on the need to ensure that the country was placed first above regional and sectional claims during the 2023 electioneering campaigns.

The statement further Says ” The 2023 general election is more than an election, its an opportunity to serve Nigeria, to defend Nigeria, and to uphold her unity and progress.

” Nigerians should avoid the Spread of fake news, and uphold the principles of tolerance, respect, civility and decency in all public and private conversations, and engagements about the elections and the progress of Nigeria.”

The National peace committee also stressed the need for politicians to promote a culture of healthy-based campaigns and political communications.

The Committee lamented the rise of fake news and misinformation that was posing a significant threat to the pattern of democracy in the country.

” It informs public perception, creates the platforms for incitements, and endangers the country’s efforts at deepening the culture of democracy.”

The committee’s report also condemned the pattern of public communications among political actors, their publicity agents spokespersons, and media consultants, which amplifies the potential for personal attacks, insults, and incitement.

The peace accord committee however observed that one of the challenges faced by Democratic progress in the country has been the inability of politicians and political parties to manage diversity and ensure equal distribution of resources.