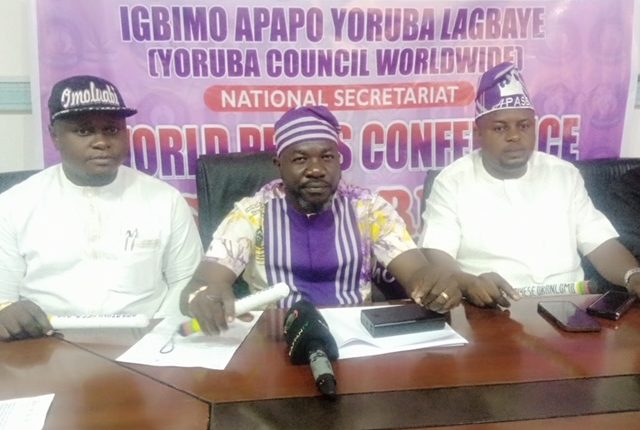 Ahead of 2023 elections, Nigerians have been called upon to collect their permanent voter cards in order to vote for All Progressive Congress, APC, Presidential candidate, Mr Bola Ahmed Tinubu for economic transformation and Development of Nigeria.

The President of a sociocultural group, the Yoruba Council Worldwide, Mr Aare Oladotun Hassan, who made the call in Abuja described the APC presidential candidate as an experienced politician with great idea of nationalism and deserving to lead.

“We need all our Obas, stakeholders, elders, youths and women to rally round, supports and vote massively for our own worthy son and dependable Nigerian Mr. Asiwaju Bola Tinubu.”

Good Governance
The President of the group noted that the APC Presidential candidate is detribalized and will address restructuring by ensuring good governance in Nigeria.

Mr. Hassan also urged all the Presidential candidates in the country to unite and put Nigeria first in the course of their political engagements.

He said, “unity, security and National development are key drivers towards attaining the Nigeria of our dream, while 2023 elections should not be made a do or die affairs, hence the need for all presidential candidates, political parties and citizens not to overhead the polity with hate speech.”

He called on the candidates to extol the virtues of peace and sportsmanship before, during and after the general elections.

The President of the Yoruba group also implored all political parties in Nigeria to as a matter of necessity balance religious and ethnicity related issues so as to protect and sustain the tenets and values of Democracy.

On the issue of agitations by various groups in some parts of the country Mr. Hassan called on them to shelve their agitations for national interest.

WAFU B U17: Nigeria Prepares For Cote d’Ivoire Clash