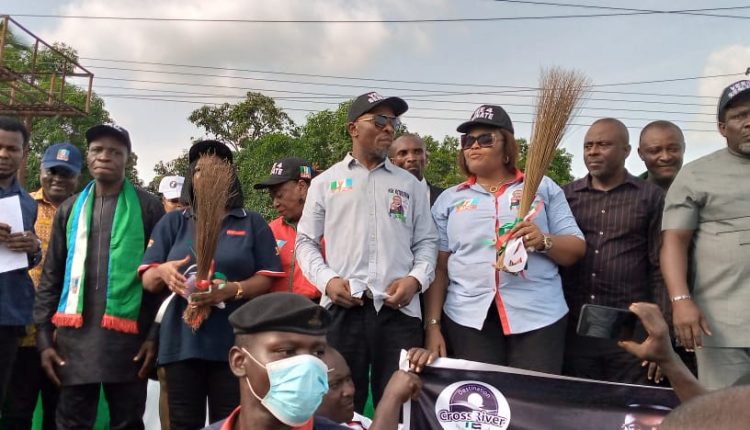 Citizens eligible to participate in the 2023 general elections have been urged to register for the Independent National Electoral Commission’s INEC voter registration exercise.

The Managing Director of the Cross River State Water Board Limited, Mr. Victor Ekpo made the call at Akamkpa ward in Okoyong clan, Odupkani local government area during a ceremony announcing his intention to vie for senate.

Poor Registration
While addressing the ward chairman and the All Progressives Congress, APC elders’ forum, political appointees and dignitaries, Ekpo lamented the poor turnout of eligible people at the various INEC Permanent Voters Card, PVC, registration points in the locality.
According to him, “voting during elections was one of the ways Nigerians participate in the decision making process of governance and selecting persons with the requisite qualification to govern. If you do not go out to register and collect your PVC, there is no way you can vote.

“You would be disenfranchising yourselves in the forthcoming election. This is not someone disenfranchising you now, but you are unknowingly removing yourself from governance. In that case, if a bad leader assumes office, you will not be able to hold him accountable because you did not perform your civic duty. Now, that is not what we need,” he emphasized.

Declaration
Presenting himself for the senatorial position, the Managing Director promised to promote education, agriculture and infrastructure if elected.

He appealed, “I have excess capacity, so I need you to vote for me and vote for APC. INEC has started the registration of voters already, please go and enroll, so that once it is election time, we will all queue and cast our votes and then celebrate our victory.

“My manifesto is ready. I know everyone here, which means that I know your problems. If you elect me as senator, the first thing I will do is to rehabilitate the traditional rulers’ council secretariat. This has been our civic centre, but I will construct a better one for us. I will promote education, agriculture and provide employment opportunities for our people,” he said.

Also speaking to the women and youths, the state commissioner for local government affairs and wife of the aspirant, Mrs. Stella Ekpo said that a vote for their son would translate to “human capital development and improved means of livelihood for the community and by extension the district.”

In a reaction, the chairman of the APC elders’ forum, Akamkpa ward in Okoyong, Mr. Eyo Otu Eyo expressed joy that for the first time since 1999, one of their own was presenting himself to contest for office and urged the entire community to support him to victory through the ballot.

Mr. Eyo, who is also a traditional ruler in the area exclaimed, “I am very happy! We are the champions; and there is no other political party except APC. If you vote any other party, you would have made a very wrong choice. We are going to win the election come 2023.”
He urged the people to take advantage of INEC’s extended time to register for their PVCs to be actively involved in the 2023 general election.