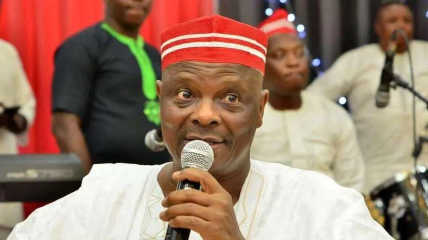 The 55-year-old banker-turned-politician is the Senator representing Borno Central District.

Kwankwaso described Tinubu as a strategist.

“Shettima was my colleague as a governor during my second term. He’s a gentleman, he’s a good man. I wish him well.

“I’m so happy with that combination; my only worry is the platform (APC). This platform…I don’t know.

“Bola Tinubu a strategist. I had reasons to sit with him an uncountable number of times from 1992 till date.

I wish I will see him to ask what he’ll do differently from what Muhammadu Buhari is doing today. That is my serious concern for him”, he said.

Kwankwaso, 65, is the presidential candidate of the New Nigeria Peoples Party (NNPP).