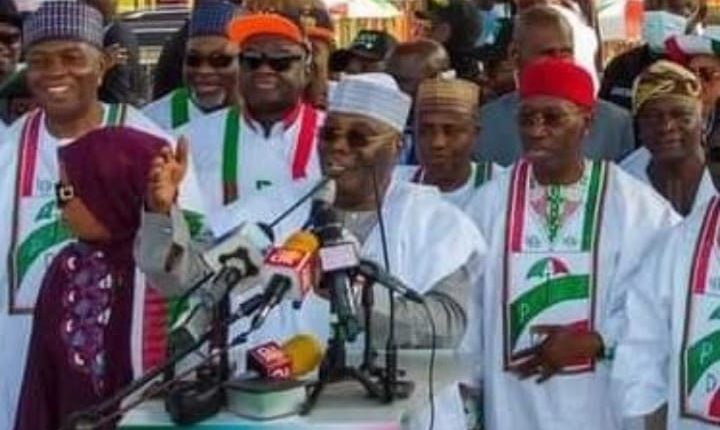 The Presidential Candidate of the Peoples Democratic Party, PDP for the 2023 general election, Alhaji Atiku Abubakar has promised to tackle youth unemployment in Nigeria if elected president.

According to him, his administration would set aside the sum of $10billion for this programme.

He made the promise in Ilorin, the Kwara State capital, North Central Nigeria while  speaking at the flag off of the PDP North Central campaign rally. 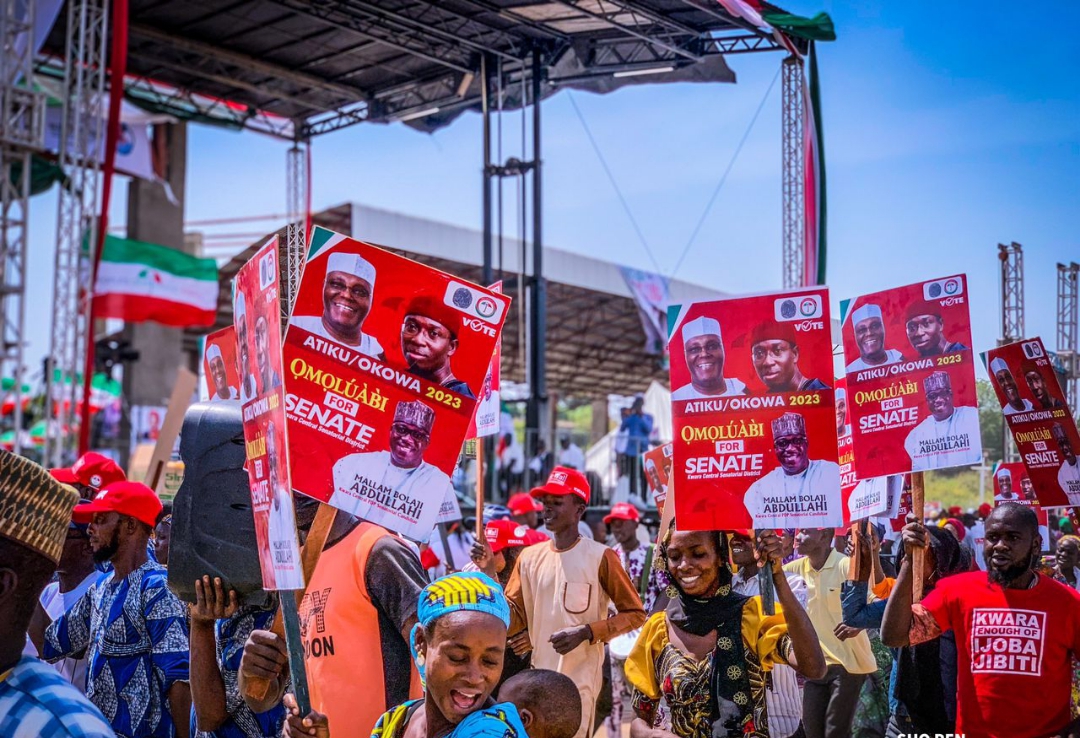 Alhaji Atiku said that the money would be used to establish Nigerian youth in micro, small and medium enterprises to empower them and make them gainfully employed for a decent living.

“I want to assure you that the youth unemployment which is all over the country is not peculiar to Kwara state or the North Central zone. Most of you here are under the age of 30 and most of you here have no jobs or businesses. We will make sure that in our programme, I’ve promised that I’ll set aside $10billion to make sure that youth unemployment are catered for in micro, small and medium enterprises to empower you and to make sure that you are gainfully employed so that you have a decent living,” he declared.

According to him, the PDP is not in Kwara State to tell the electorate particularly the youth  lies.

” We’re your parents. We want you to be like what we are. We will bale you out. We will bring you up. We will make sure you obtain your objectives, whatever your lofty ambition. That’s why we are here. Vote for all candidates of the PDP come 2023″ Atiku stated. 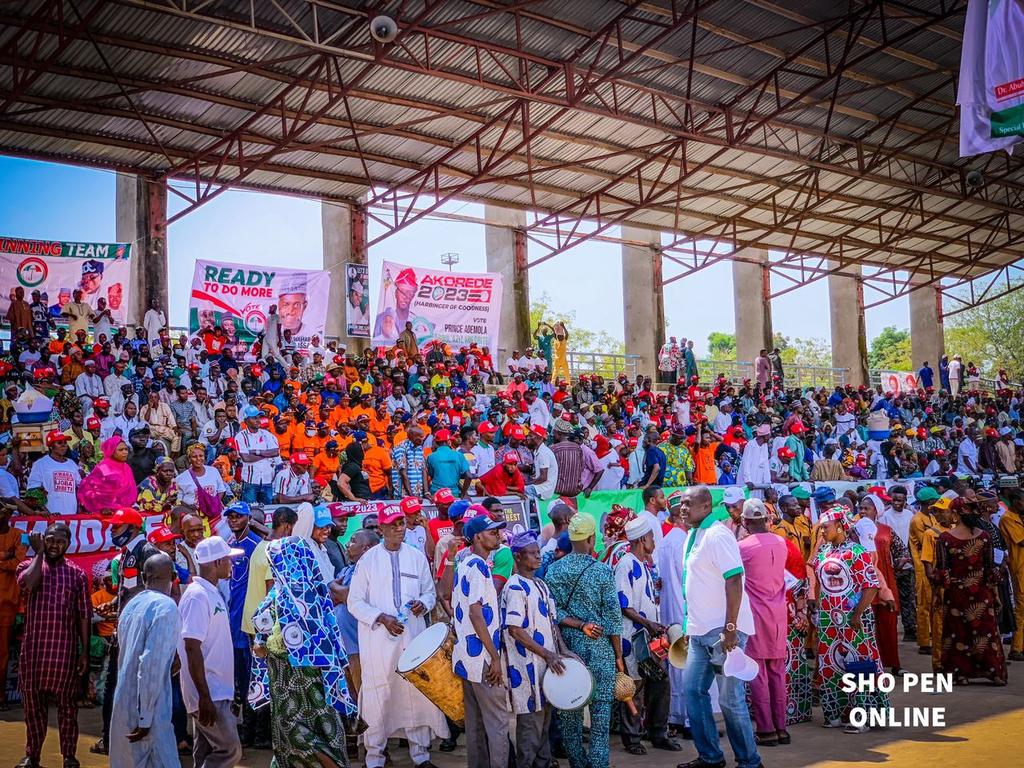 The PDP presidential candidate, who promised to return Kwara state to mainstream of Nigerian politics, if elected as president in 2023, appealed to the people to elect all PDP candidates for the 2023 general election.

“I know Kwara state for a very long time. Kwara is in the middle of the country; connecting the North, South. We’ve seen the road infrastructure had been allowed to deteriorate. It was PDP that built the roads.

“We promise that if you elect PDP at both the state and national levels, we will ensure that the roads are connected to both sides of the country.

The PDP presidential candidate, who said that the party on Wednesday inaugurated council of women for PDP, stated that it was the first in the history of the PDP; the oldest party in the country. 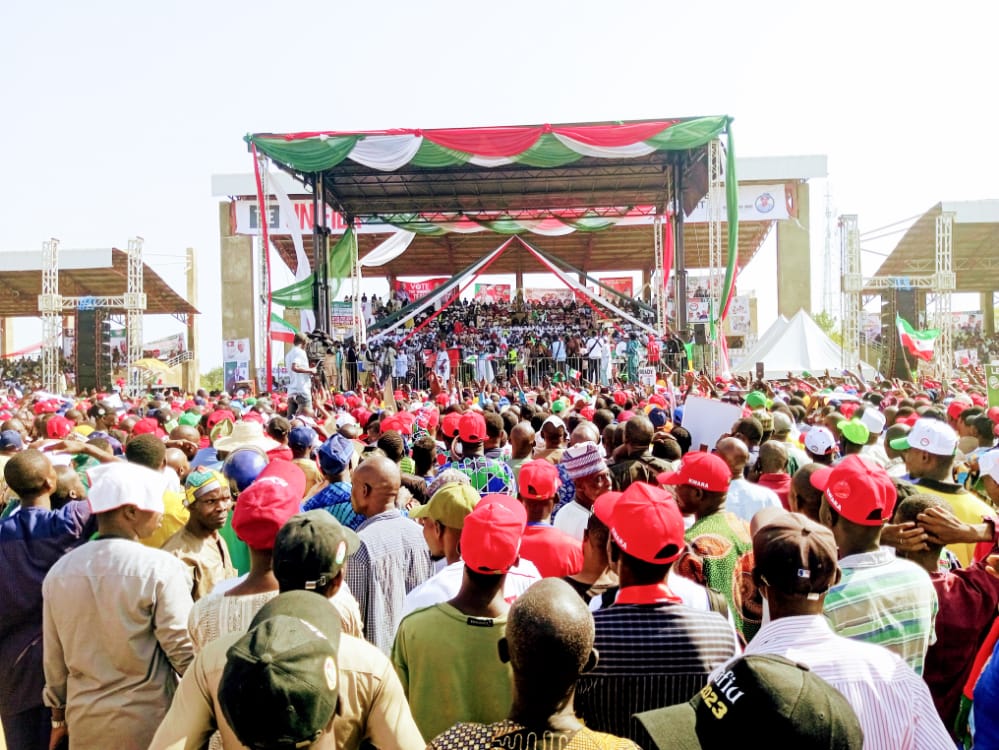 Alhaji Atiku commended the people for the turnout and thanked them for the support and warm reception.