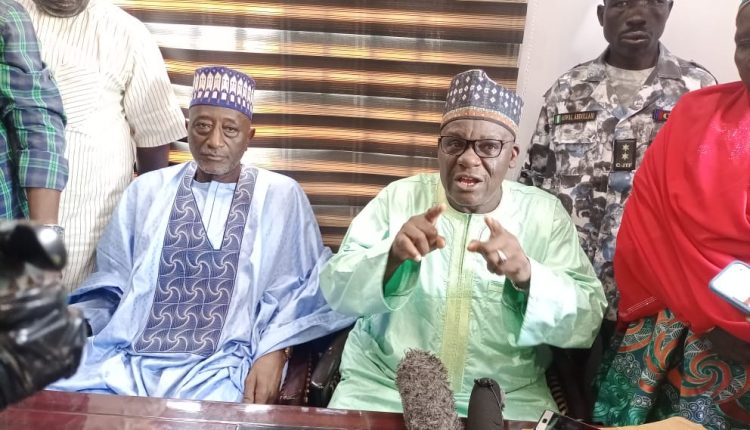 A Kaduna State based political activist and public analyst, Dr. Kailani Muhammad has called on Nigerians to consider voting the ruling All Progressives Congress, APC, following its remarkable achievements in the last seven years.

He explained that prior to the administration, the citizens had experienced many challenges ranging from boko haram, corruption and maladministration.

Kailani, who is also the National Chairman, Network for Election Education, Sensitisation and Awareness made the call at a press briefing in Kaduna.

While applauding President Buhari’s administration, the political activist mentioned that, the APC has successfully mitigated the challenges of boko haram, and are also aggressively tackling the twin issues of banditry and kidnapping, particularly in the North western states.

“There is no doubt the country had its rough times and challenges, yet, significant successes have also been recorded in the areas of security, economic and infrastructural developments and other sectors of societal development.

“It is our ardent hope that Nigeria will witness once again a very peaceful election that will usher in the next set of leadership that will carry on with the good work started by the APC administration,” he said.

Kailani assured that his group was ready to sensitise the public and educate them on the importance of their votes.

He stressed that citizens must ensure that all votes count and as well, minimise instances of voter apathy.

“We are aware that electing good leaders who are patriotic enough to advance the successes already recorded by the APC administration cannot be achieved when the electorates are ignorant of the tasks ahead of them, hence, we take it as a duty to mobilise and sensitize Nigerians towards understanding their rights as citizens.

“The Network is desirous to see a robust campaign that is based on issues and not about personalities or character assassination,” Kailani emphasised.