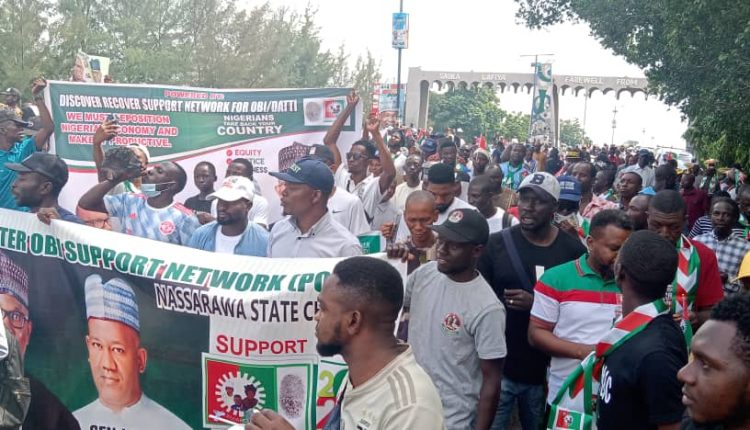 A coalition of 56 support groups across the 13 Local Government Areas of Nasarawa state, held a One-million-man march in solidarity and support for the 2023 Labour party presidential candidate, Peter Obi.

The groups with a numerical strength of One million, marched from welcome to Lafia gate, along Jos road to the U-turn linking the Lafia main market along Makurdi road, carrying several inscriptions which indicated their love and support for Obi.

Secretary of the coalition, Wilson Kingsley, said residents of the state came out in their numbers to support the former Anambra state governor. 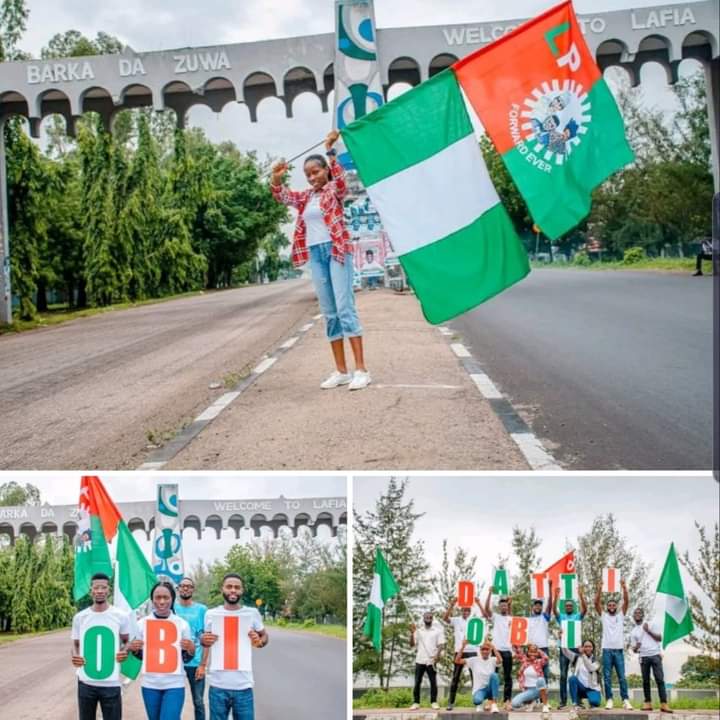 He said, “These one million supporters are those who belong to the registered 56 groups across the 13 LGAs of the state. We are not campaigning at the moment because the Independent National Electoral Commission, INEC, has not given a go-ahead. What we are doing today is a march to declare our support for Mr. Peter Obi.

“We are supporting him because we believe that he has the capacity and ability to take Nigeria to greater heights. We are tired of all the politicians who deceive us every election year, telling us that they will provide good governance but they never fulfill their promises.

“Our children have been at home for almost six months now because universities are on strike but our leaders are not bothered. So, we are ready to effect a positive change in the country in 2023 using our permanent voter cards.”

Speaking, the State Chairman of the Labour Party, Alexander Emmanuel said the One-million-man march was held to sensitise the people of the state on the need to elect credible leaders in the 2023 elections. It’s also to prove a point to other political parties who had alleged that the Labour party does not have a structure.

He expressed confidence that the party will win the 2023 presidential election and all elective positions in Nasarawa State.

“I accepted the request of the support groups to embark on this sensitisation rally because I want the people to understand the need why they should elect credible leaders into office in 2023, and it is also to prove a point to other political parties who always say that our supporters are only on the social media.

“They usually say that our party does not have a structure but what I understand by the word structure, is the people. We are not worried about whatever they are saying because we have the people with us. In 2023, many will be shocked because Nigerians are ready and waiting with their permanent voter cards,” the LP Chairman said.