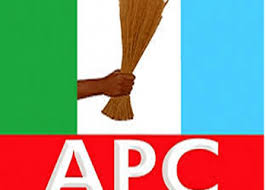 The screening committee of the All Progressives Congress (APC) on Tuesday disclosed that 87 aspirants have obtained forms to contest the seat of Osun State House of Assembly.

This was disclosed by the Chairman of the committee, Osagie Ize-Iyamu, while speaking with Journalists after meeting aspirants at the party’s secretariat in Osogbo on Tuesday.

He said the number of aspirants that have shown intention within the APC showed how popular the party is.

He said the aspirants have been tutored on the requirements to present for the screening, assuring that there would be fair and equal treatment for all the aspirants.

“There are constitutional requirements and there are party requirements, but basically, we want to be sure they are Nigerian citizens. We want to see local government certificates, they must be party members.

“They must be voters, and we also want to know their age, we want to see their educational qualifications, if you claim to be a doctor, you must provide a certificate to prove it,” Ize-Iyamu said.