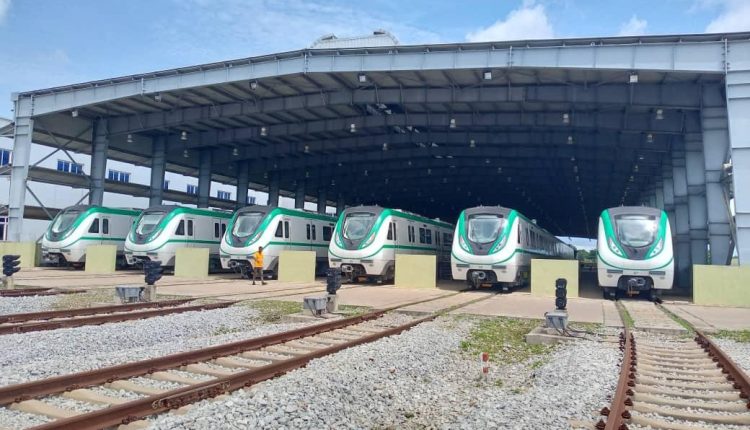 Visibly appalled by the monumental vandalization of critical facilities of the rail system, Candido said; 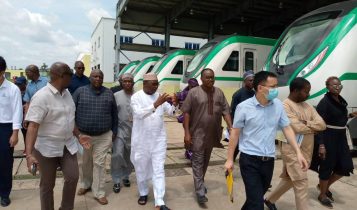 “The vandalism is voluminous. The magnitude of damage done by these vandals is not pleasing at all. Unfortunately, they have brought us backward as far as this effort is concerned.

“The nonchalant and destructive attitude of some Nigerians towards public facilities is very bad, disappointing and must change for the betterment of citizens to fully benefit from such utilities, infrastructure and services.

“But fortunately, we have an administrator (Malam Muhammad Musa Bello) who is committed to leaving a legacy and that is why we are here -to take a look at it so that we will know how to tackle it within a space of seven months”.

He also apportioned some of the blame to the Chinese company handling the project: “To some extent, I have to put the blame on CCECC for not doing the needful from the word go, by withdrawing the armed soldiers who were ensuring the security of this place.

“Withdrawing them brought us to this point. You can’t withdraw armed soldiers and replace them with unarmed personnel and expect to have the same result, because the vandals can take advantage of this and that was exactly what they did.“ 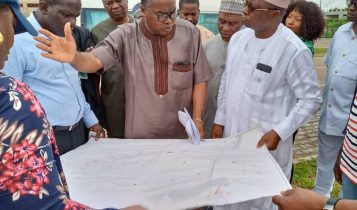 Some of the vandalized facilities include rail tracks, signalling and communication equipment made up of cables and fittings, generating sets and air-conditioning systems, among several others.

He however could not estimate the cost of repairs to the damages since inspection and verification were still on.

“Despite the fact that the damages are too voluminous, I am convinced that the Minister has it in mind to leave a legacy. We need to look for a way forward,“ he added.