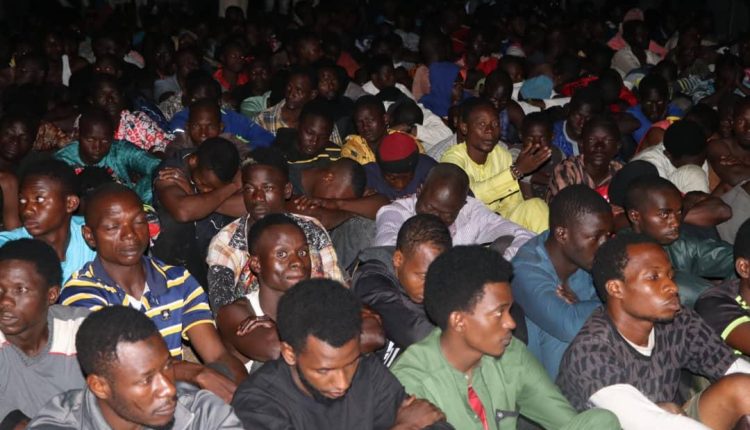 The Commander in charge of the team, Bennett Igweh after the arrest, said the suspects were apprehended following the tireless efforts of the Task force in combing black spots within the Federal Capital City. 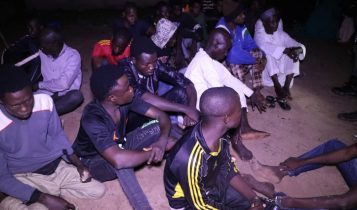 He explained that the suspects mostly male had turned green areas, undeveloped plots and unoccupied houses into their haven for criminal activities.

Igweh said the team would stop at nothing in riding the city of criminal elements that threaten the peace of the Federal Capital Territory residents.

“We have agreed to do it together. I’m the Commander of this joint task force that comprises of the Police, Army, Navy, Air Force, Nigeria Security and Civil Defence Corps (NSCDC), Immigration Service, DSS and other sister agencies. And all of us combined, you can see the result. We started by 1:00 am today, and by about 3 am, this is what we were able to do.

“We are starting from the City centre, and we will expand it to other areas, the exercise will reach 21 satellite villages and towns; from Kabusa, Gishiri,  Waru,  to Wasa and others. We have told them to find where they will go or find a lawful settlement where they can live. We have agreed that if you fight us, we will fight you.”This operation is one that the security agencies have started since we are about to start operation G-7 but we want to clear the city centre of criminals.” 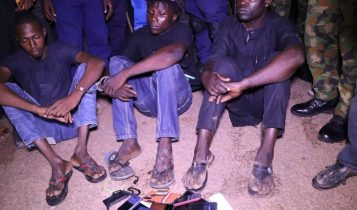 He disclosed that items recovered from them include police uniforms, mobile phones, loaded pistols, matchets and charms.

According to him, the 480 suspects would be profiled and handed over to appropriate authorities for necessary actions.

“We have arrested about 480 suspected criminals, We are going to take many of them to court, they live in unauthorised places in FCT which is an offence. They want to hide within the shanties and black spots in order to commit havoc in Abuja.

“We will do thorough profiling because we are suspecting that there could be escapees from Kuje Correctional Centre.

“The suspects specialized in robbery; they have different security uniforms, we caught them with Police uniforms. It’s just regrettable.