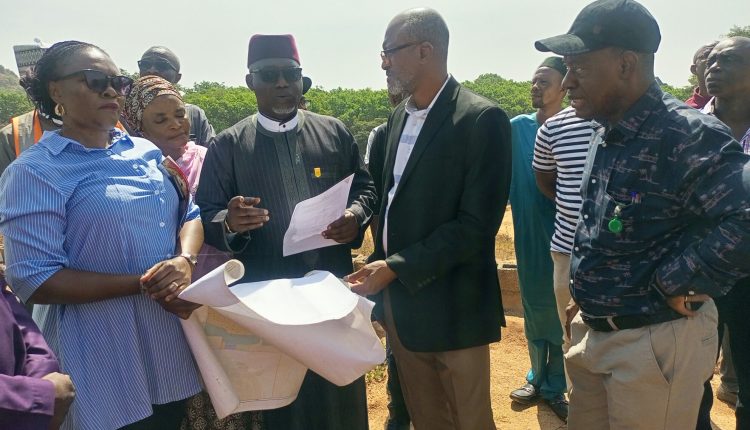 The Authority of the Nigerian Federal Capital Territory Administration has ordered the immediate suspension of all site clearance, engineering works and other activities in Katampe Extension area of Abuja, the Federal Capital City.

The directive by the FCT Minister, Malam Muhammad Bello issued yesterday was due to the proliferation of illegal quarry and estate development, allegedly causing serious environmental challenges in the area, which is against the principle guiding the development of the city.

The Coordinator, Abuja Metropolitan Management Council (AMMC) Umar Shuaibu, who made the disclosure during a routine monitoring exercise, said the ongoing development in the area had no approval.

Shuaibu warned that anyone that is caught while carrying out earth works and other nefarious activities, will be arrested and made to face the wrath of the law.

The AMMC boss, who was accompanied by the representatives of all the relevant departments and agencies, including the Police that provided security cover to the officials at the site, said the activities are going to be subjected to scrutiny by relevant professionals.

“The FCT Minister has directed that all development in the area must be suspended henceforth. He also directed that all matters relating to quarry activity be channeled to the newly established Department of Solid Mineral and Allied Matters, which is the regulatory authority.

“So, from now on, we have stopped whatever activity that is taking place, as whatever development that is going on here is illegal, and we have not given approval to anybody to commence development here.

“And that is why we are having environmental challenges. People are blasting rocks here, thereby endangering the houses around, so there is no way we can allow it to continue.

“Whatever development that involves rock blasting, must go through the Solid Mineral and Allied Matters Department, which is created to take care of that now.

“And anybody that is blasting rocks and clearing land here is doing so illegally, and anyone that is caught in the act will be arrested”, he said.