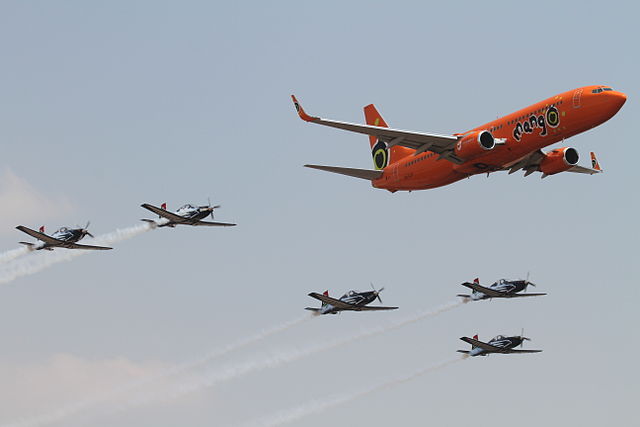 The Africa Aerospace, and Defence, AAD 2022 has opened at Air Force Base Waterkloof in Pretoria, South Africa.

This comes after a two-year hiatus due to the Covid-19 health crisis.

The Aerospace and Defence (AAD) 2022 is an opportunity for companies from across the world to work together.

Countries like The US, Belgium, and China will be present.

Minister of Defense, Thandi Modise presses the importance of the event for the country.

While the South African Police Service will also do a hijacking/hostage rescue display typically involving aircraft, vehicles, simulated gunfire, and other demos.

Report says unmanned aerial vehicles, or drones, will have a high profile at this year’s exhibition, as they will for the first time be allowed to fly during the trade show at the Air Force Base in Pretoria.

The aerospace and defense expo, which opened on Wednesday will run until Sunday, September 25th, with the first three days being trade days and the last two being air show days.