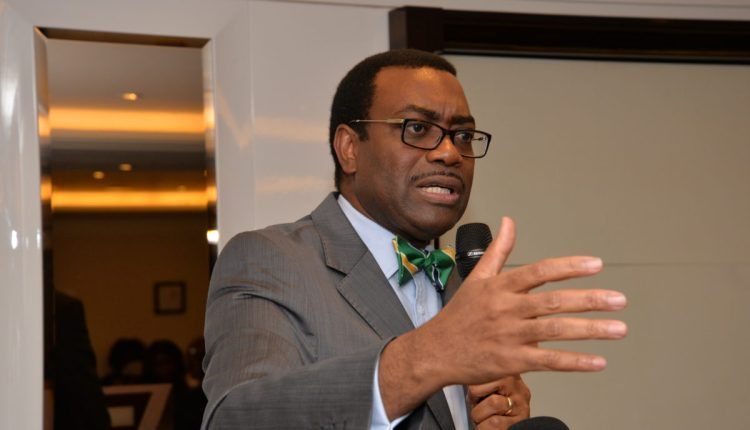 The Pokuase motorway interchange in the Ghanaian capital Accra is the first of its kind in West Africa.

Another major focus for this year’s meeting in Accra was the rollout of a $25 billion (€23 billion) initiative called the Africa Adaptation Acceleration Programme.

The new road network was one of a number of projects showcased in the city during the African Development Bank’s Annual Meetings to highlight the AFDB’s efforts to help African economies adapt to climate change.

The Accra International Conference Center is hosting the Africa Development Bank Annual Meetings where delegates are discussing ways in which the continent can grow despite the effects of the pandemic and global inflation.

Funded by both the African Development Bank and the Ghanaian government, the Pokuase road project cost $83.9m, or approximately €78m.

Kwabena Bempong, an engineer on the project, said the new road network has not only helped solve congestion and reduced CO2 emissions, it has also dramatically improved safety on one of Ghana’s busiest roads.

“So this interchange, especially on the N6, takes 50,000 vehicles a day and it has reduced accidents to a very minimum level. It has also improved mobility, I’m talking about the entire interchange and the local roads.”

In addition to building the new interchange, the project also repaired 10km of road in the area.

There was also support for the local community, including IT training for more than 12,000 schoolchildren.

Women’s groups also received training and had their workplaces renovated.

The African Development Bank and African Union once again used this year’s event as an opportunity to strengthen international partnerships.

Norway has worked with many African countries for decades, the AFDB and AU are currently working on ways to leverage the Nordic nation’s renewable energy and blue economy expertise, while Norway’s State Secretary Bjorg Snadkjaer said her country was keen to support Africa’s efforts to become food secure.

“This is a big priority for us to work directly with countries and work through the African Development Bank to support local food production, to support small scale farmers to produce the food to feed themselves, to have food in the belly, but also to sell,” insisted Snadkjaer.

Over the next five years, it aims to accelerate and improve climate adaptation action across Africa by supporting 30 million smallholder farmers.

Along with the Pokuase interchange, the African Development Bank has also successfully implemented the Savannah Investment Programme.

The scheme has already helped increase the productivity of farmers in Northern Ghana by more than 350,000 metric tonnes.

The project has also thrown its weight behind poultry production, increasing maize and soya production used in the production of bird feed from under two metric tonnes to more than six tonnes per hectare.

The construction of both the new motorway in Accra and the Savannah Programme should significantly improve Ghana’s economic productivity.

The goal now is to implement similar projects across Africa.