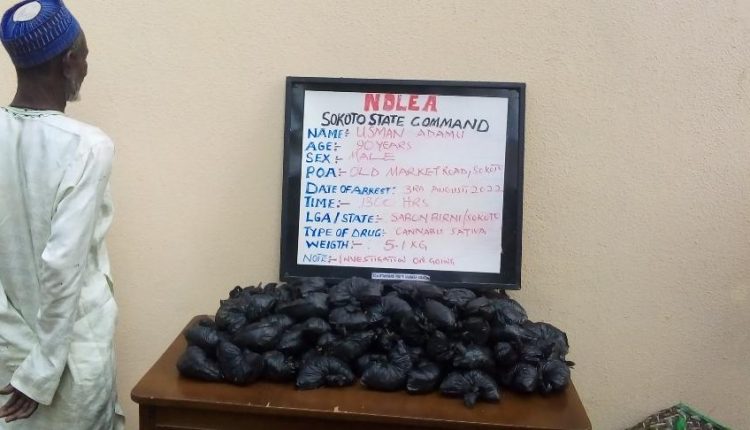 The State Commandant of the agency, Mr Adamu Iro, stated the development while briefing newsmen in his office in Sokoto.

According to Mr Iro, the arrested suspect was a retired Nigerian Army personnel, who was arrested by the operatives of stop and search of the agency along the old market road in the state metropolis.

He explained that the suspect is a resident of Mailalle village of Sabon Birni local government area of the state.

“From our preliminary investigation, we observed that the suspect is a notorious supplier of drugs to bandits.

“The eastern part of Sokoto where Sabon Birni is located has been a serious hideout of bandits.

“Therefore, we believe most of his customers are bandits who have been terrorising the area for a long time,” Iro said.

Mr Adamu Iro explained that the command would charge the suspect to court as soon as the investigation is concluded.

He however called for the cooperation and understanding of the general public to supply the command with the relevant security information that would help them to rid the state out of security challenges.

The State Commandant commended all relevant security stakeholders for their support towards giving the required support to NDLEA in ensuring Sokoto State is free from all forms of drug trafficking.