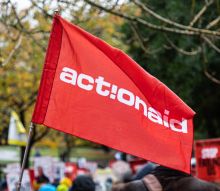 Azubuike made this known during a review meeting held at the Command Guest House in Bauchi State,Nigeria.

According to him, agriculture is capable of reducing the level of unemployment and underemployment in the country.

His words “As a committee working on the agricultural budget, it is important for you to understand community problems, needs, and aspirations. You need to know how to source and get budgetary information, for example, from budget documents and speeches. Your ability to understand and perform some basic calculations as well as acquire knowledge and interest in political and governance issues, especially in policies that affect the community, will give you an edge in your advocacy and engagements.We must also understand Government driven priorities pursued by the present administrations. There is a need to understand Policy driven priorities as well as institutionalized priorities, which are pursued by government after Government. There are also legal priorities entrenched in the Constitution and other laws and People driven priorities, as well as people’s aspirations and demands from the Government. All these issues must be taken into consideration in our further engagements with the Government ” he said.

Meanwhile, members of the Budget Committee working on the agricultural budget in Bauchi State have been trained in budget analysis skills and policy influence in order to effectively engage the Government in a more informed manner so that their demands are taken seriously.

He said that budget analysis is a systematic step that individuals and communities can use to examine, x-ray, critically break down, review, and understand different aspects and stages of the budget process in comparison to the norms of a good budget and its implications on their lives and environment.

Halima Apollos and Ali Yakubu, who are members of the committee, lauded ActionAid for organizing such training, assuring that they will use all the information acquired at the training to effectively engage the government for an increase in releases for the agricultural Budget.