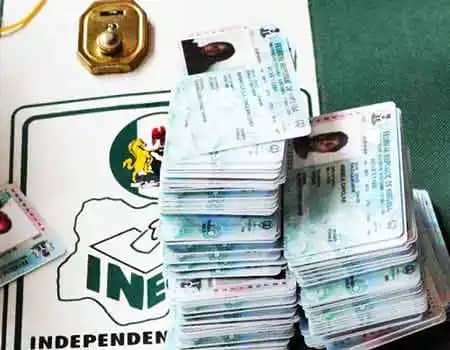 The Independent National Electoral Commission (INEC) says that as of July 25, 2022, 276,767 people have been registered in Anambra State during the ongoing Continuous Voter’s Registration (CVR) exercise.

INEC still confirms that they expect the exercise to end Sunday, July 31, 2022.

The INEC National Commissioner in charge of Voter Education and Publicity, Barr. Festus Okoye, who disclosed this while interacting with journalists in Awka, the Anambra State capital, noted that they would bring the CVR exercise to order. Hence, they carry on with other constitutional responsibilities.

The Commissioner insisted that the exercise would close on July 31 as scheduled.

Okoye added that the commission would, at the end of the exercise, scrutinise the voter’s registers to clean up possible incidents of multiple registrations, print the various permanent voter’s cards (PVCs), display voters registers across the 774 local government areas, and polling units, among other activities.

He said the commission would make PVCs available for those who registered or carried out voter transfers between January to June 2022 in October 2022.

While those who enrolled between July 1 to July 31, 2022, would receive their PVC by November 2022 at various local government offices of INEC.

Okoye commended stakeholders in Anambra State for supporting the commission throughout the exercise.

According to him, with their efforts, INEC staff could successfully devise and execute the projects among the populace by locating places like markets, churches, events, and communities with larger populations.

“We deployed 110 INEC development devices to Anambra State; 10 malfunctioned, and our in-house engineers repaired six and redeployed them back to fields.

“We extracted clear protocol to carry out voters transfer, voters review, and replacements to mitigate the surging crowd.

“We isolated places to carry out the intervention, and we took machines to markets, churches, NUJ, NYSC orientation camp, and other places where there is large concentration.

For complaints, we developed a compliant desk for people to voice their grievances. Over 50 complaints were received and treated. We carried intervention at 82 locations,” he stated.

Okoye, while responding to questions regarding their level of preparations for the 2023 general elections, said they were determined to conduct free, fair, and credible polls, adding that the commission would train presiding officers and security officers on how to curb electoral malfeasances such as impersonation, vote trading, and buying.

Reacting to the development, the Labour Party (LP), Candidate for Anambra Central Senatorial District in the 2023 general election, Senator Victor Umeh, appealed to the Commission to extend the exercise to another three months.

He said the extension would enable those that would have attained the age of 18 years before the slated date for the election proper to get their voter’s card.

According to him, the extension gives more Nigerians who have come of age to vote to exercise their civil right.

“I am not opposing the electoral body’s decision, but I am only appealing because the election is February-March, 2023, 7-8 months today. So there is still time for the process,” he added.