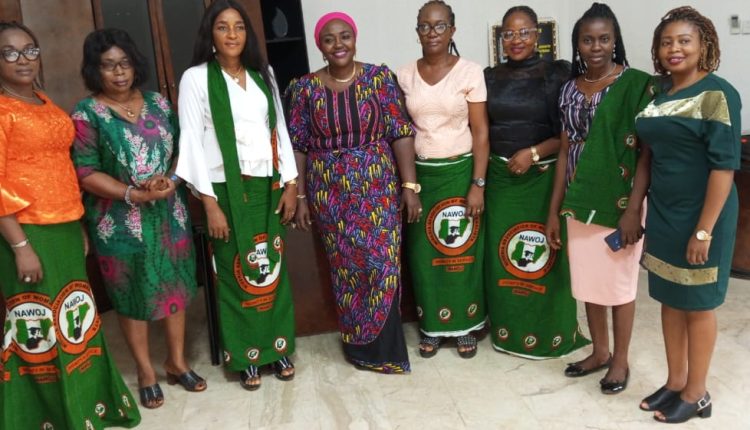 Mrs Nonye Soludo, wife of Anambra Governor has condemned in its totality the spate of violence against women in the state.

She said that wife battering; girl child abuse and other violent acts against women are not acceptable in the state.

This was made available to our correspondent by the Commissioner for Women Affairs Mrs Ifeyinwa Obinabo, during a courtesy visit of Nigeria Association of Journalists (NAWOJ) led by Mrs Franklyn Onyekanchi on Tuesday.

Obinabo said that the government would objectively look into degrees of violence against women and the girl child and document it for progressive actions.

She said that the government through the ministry has planned various programs that would aim at sensitizing the women across the state on core areas of home Development.

She also noted that plans are in top gear to address the issues of Women’s responsibilities in home building and the girl child need to be responsible in the society.

“Women are urged to take responsibilities of quality home rearing to raise responsible and patriotic children and at large the society.

Reacting to the death of a popular gospel singer Osinachi Nwachukwu who died recently as a result of alleged domestic violence by her husband, the Commissioner strongly frowned at domestic violence.

“Women as home builders are to be properly educated and enlightened on their expectations in assisting to build a good home and society as well.

“We will reorient our women that giving out their children in marriage is for procreation and not as products sold out, every girl child married out should be welcomed home if the need arises.

The List of winners of Nickelodeon’s Kids’ Choice Awards 2022