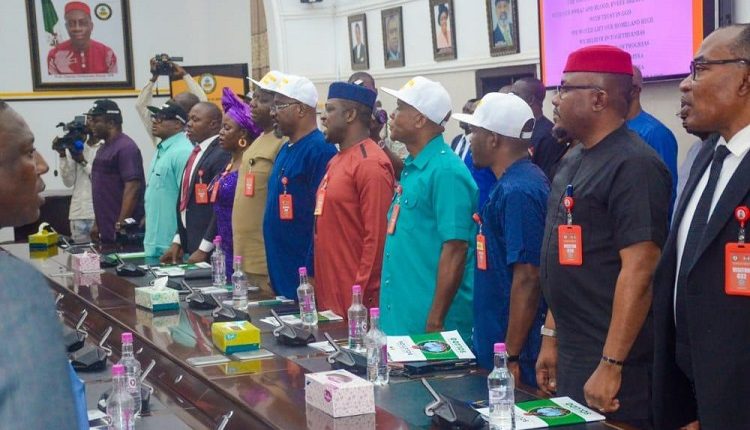 They were inaugurated at the state Executive Chambers, Government House in Awka the State capital.

Performing the inauguration, Governor Soludo urged them to ensure good governance, transparency and accountability in the discharge of their duties

“I advise you to always put the people first in the management of the scarce resources in your respective councils,” he said.

“It is an honour and a privilege to be called upon to serve and so consider that thousands of people in your LGA who now look up to you to deliver service and change their lives”. Soludo added.

The Governor thanked the state Assembly for graciously confirming them. He said, “Inspite of the troubles, we must deliver. We don’t give excuses as members of this team. We are looking for extraordinary deliverables to meet the needs of the common man on the street, afterall, that’s why government exists which is why you are called to serve. I’m sure you will overcome because you will not be alone. You have the local government, and stakeholders to work with.”

“Bear in mind that each one of you have been specially selected. Our expectations are very high. We are expecting each of you to make a fundamental difference”.

The Governor emphasized that his administration’s manifesto is like the bible of the government, saying that their job is to drive the vision down to the grassroots. 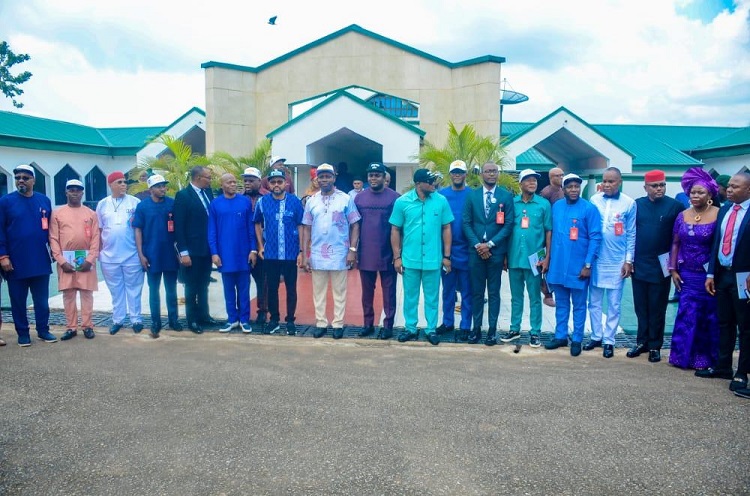 “Yours is an agenda with a deadline. When you get there, make each hour count so that at a particular point in time, you can say I passed through this road. Never forget the contents of the oath of office and allegiance you have just taken.

The Governor pointed out that soon review sessions will be held so that they can be able to review from each other, learn and collaborate with each other. “In that way, we can look at people who are performing and those who are underperforming,” the Governor said.

Governor Soludo further charged them saying, “The staff and primary school teachers are paid from the pool of resources of the LGA, pension and gratuities inclusive. The pensioners have not received their gratuities since 2018. Part of what you are going to be doing is that with you at the local level, you will be challenged with revenue financing options.”

“But I want to say to you that in every tough situation, there are blessings and opportunities. I think this team will come up with innovations and ideas of how we can go to the next level, so that we will no longer depend on Federal monthly allocations. We will therefore rely heavily on you to drive government policies down to the grassroots. For example, we are going into palm revolution and coconut economy, you will be at the heart of it, together with your counsellors, it will be delivered through the wards”.

Governor Soludo said that the executive and local government councils will agree on minimum standards in planning of Anambra communities, even for roads.

Professor Soludo said that “touting, indiscriminate parking, street lighting, traffic management and many other challenges, will confront them once they get to their respective councils.  “I’m looking forward to when we can brainstorm and try to get you to begin to think outside the box.

“I pray that you will be able to make great things happen in your respective local governments. My ears and eyes are open. I’ll soon be going round” because leaving legacies and touching lives for generations unborn is our consolation.”

“For Anambra to be livable and prosperous, there must be law and order in place. That’s part of your basic duty. You have something unique to offer Ndi Anambra, go out there and deliver, because the reward for work is more work. I’m sure that as you leave here, you will head to your local governments, because the work begins now’’ the Governor added.

The Commissioner for Local Government Affairs, Mr. Collins Nwabunwanne who expressed confidence in their ability to deliver on the mandate, said that the Governor’s appointments of the Chairmen was achieved through a rigorous interview and clearance process.

He said; “My promise is that they will deliver on their mandate. The issue of waste management is going to be a thing of the past. All unserviceable vehicles, illegal structures along the road, and others will be a thing of the past.” The Commissioner added that in the Solution team, they strongly believe in maximizing their time and achieving visible results