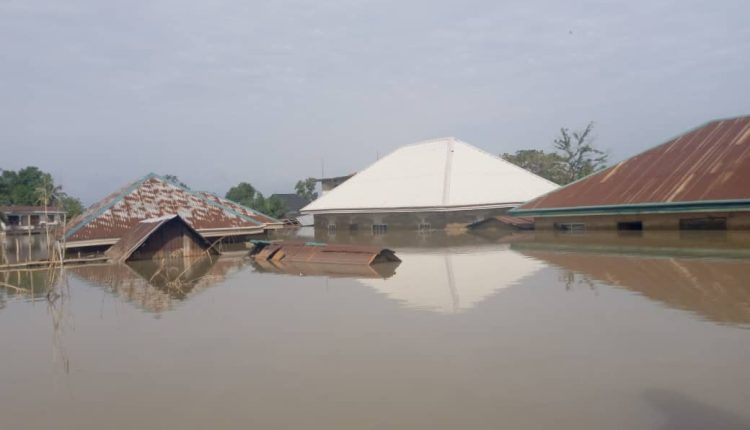 Thirteen communities in the Ogbaru Local Government Area of Anambra State, South-east Nigeria, have been hit by a deluge, rendering over 300 families homeless.

The flooding which occurs yearly has inflicted much pain and hardship for the residents as farmers have lost all their produce to the incident.
It was gathered that schools, churches markets and farm lands as well as residential houses in the communities were submerged, while some of the residents have relocated to neighbouring communities.
The worst hit communities by the flood are Ogwuikpele and Akali Ogidi communities located at the fringe of the River Niger.
Other communities affected include Atani, Osamala, Umu- Uzu which are also along the coastal lines of the River Niger.
According to the President-General of Ogwuikpele community, Mr. Madupuo Sunday Victor, who spoke to Voice of Nigeria, there is a need to find a permanent solution to the yearly problem. 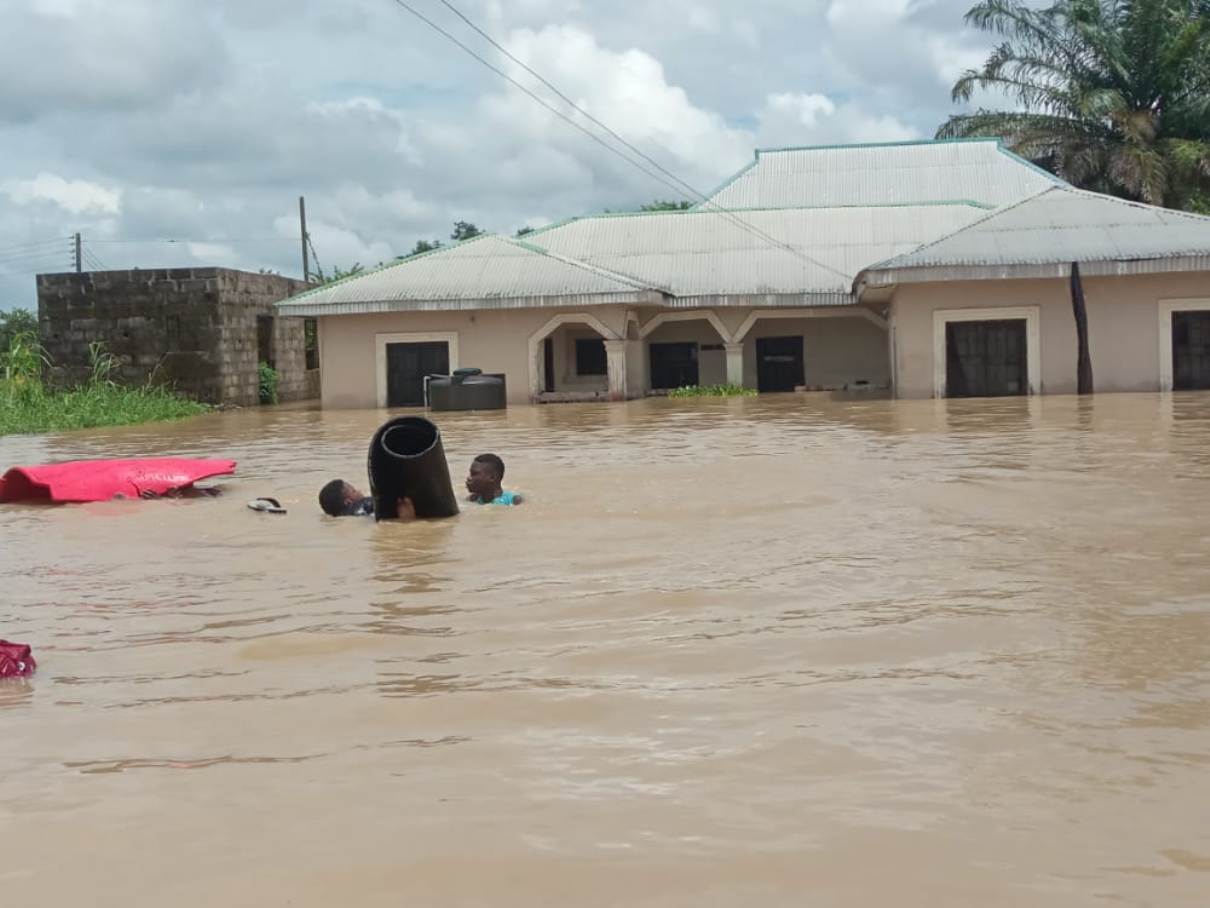 “As it stands now a lot of homes have been lost and several families have relocated, and the number is more than three hundred based on the ones we can easily remember.

“We are living very close to the River Niger and it has overflowed its banks and this is just the beginning.
“We do not have any Internally Displaced Camps where these people can stay.
“We need medical attention and we also need relief materials because the children and nursing mothers are now vulnerable to all kinds of diseases,”he said.
The President-General of the Akiri-Ogidi community, Comrade Micheal Chukwuse, described the menace as one that has caused untold hardship to the people in the area.
“We call on both the Federal and State Governments to come to our help at the moment because we do not have the presence of the National Emergency Management Agency (NEMA) and the State Emergency Management Agency (SEMA).
“We cannot shoulder the responsibility alone.
“What we are facing in our communities is one that has left us helpless and hopeless to a point that hunger, and if not starvation, is dealing with our people because of the flood,”he lamented.
Meanwhile, the Anambra State Commissioner for Environment, Mr. Felix Odumegwu, has announced that the State Government has commenced inspection and understudy of the affected communities, noting that soon Camps for the Internally Displaced would be established for the victims.
“Flooding is an act of nature and it is a natural disaster but we started early to carry out awareness campaigns before the flood and we are currently interfacing with the NEMA and our own SEMA to assist flood victims.
“Medical teams have been deployed to the affected communities to assist the victims,” he added.
ANAMBRA STATEDelugeFloodingFloodsNatural Disasters