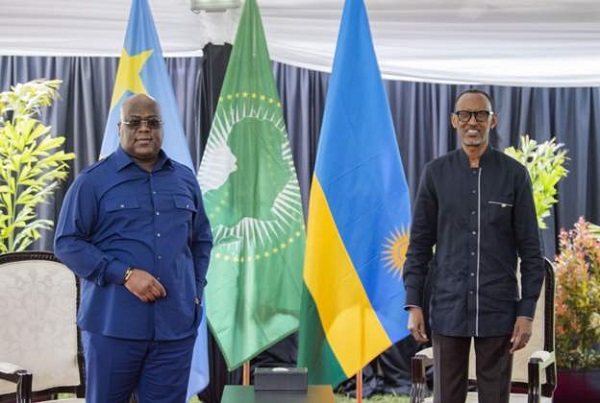 Angolan President João Lourenço has invited the leaders of Democratic Republic of Congo and Rwanda for talks to discuss rebel activity in eastern DR Congo.

The talks in Luanda will also be attended by Burundian President Evariste Ndayishimiye and former Kenyan president Uhuru Kenyatta.

Meanwhile, two previous meetings this year between Congolese President Félix Tshisekedi and his Rwandan counterpart Paul Kagame had no remarkable results as tensions continue to grow.

However, President Ndayishimiye, the current chair of the East African Community, told reporters that “agreeing to sit together is a big step.”

“So far we haven’t made a decision on a regional level, or myself” about Kinshasa allegations against Kigali, Mr. Ndayishimiye said.

He added that they will have an “opportunity to analyse” them in Luanda.

Regional leaders have been calling for peace talks between the Congolese government and armed groups operating in eastern Congo.

While Kinshasa has said it will not negotiate with M23 rebels unless they lay down arms and withdraw from areas they have captured.

An M23 spokesperson has told reporters that they “will not withdraw an inch” from their positions.

I Am Committed To Dying Than Failing- Peter Obi