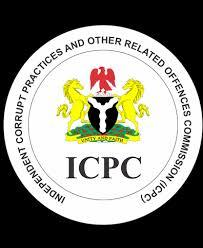 The Independent Corrupt Practices and Other Related Offences Commission ICPC has dragged a Superintendent of the Nigerian Security and Civil Defence Corps NSCDC, Solomon Ogodo, to court over allegations of fraud, forgery, and employment racketeering.

The Commission informed the Court that the accused person on different occasions hoodwinked members of the public into parting with different sums of money in the guise of securing employment for their relatives in the Nigeria Correctional Services NCS.

The Court was further informed of how Mr. Ogodo, with the intent to commit fraud, forged offers of provisional appointments for some applicants into the Nigeria Correctional Services.

The actions also violate is punishable under Section 1 of the Advanced Fee Fraud and Other Related Offence Act of 2006. The defendant entered a “not guilty” plea when the charges were read to him.

In their arguments, the defense counsel, Mr. Osita Eze, moved a bail application on behalf of his client which was not opposed by ICPC counsel, Mr. Mashkur Salisu.

The ICPC counsel, Mr. Salisu urged the court to impose stringent conditions that will compel the defendant to attend his trial, because he only made himself available when he has declared wanted by the Commission.

The trial judge admitted the accused person to bail in the sum of N5m and two sureties in like sum who must be residents of FCT and civil servants not below grade level 12.

The sureties were also ordered to swear an affidavit of means, failure of which the defendant would be remanded in ICPC custody.

The matter was adjourned to the 16th of January 2023 for a definite hearing.