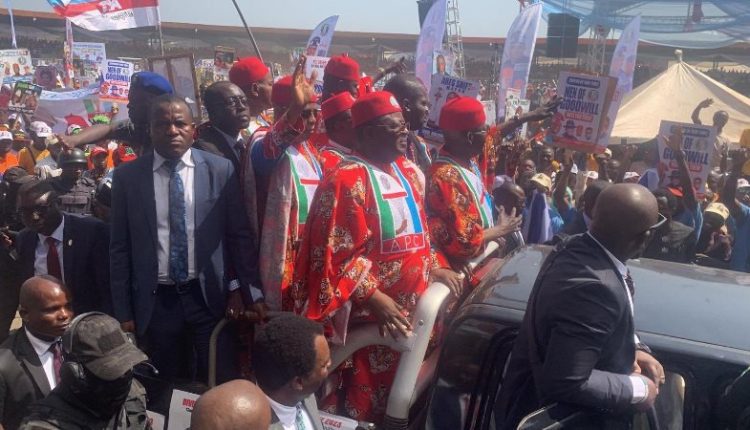 Tinubu upon his arrival on Wednesday, November 23, 2022 ahead of the campaign on Thursday commissioned the new Government House Dual Carriage Way at Ochoudo Centenary City, Abakaliki, the state capital.

Tinubu said he was happy to be in Ebonyi State which, according to him, looks like Dubai.
While commissioning the project, Tinubu assured the APC gubernatorial candidate of the state, Mr. Francis Nwifuru, that they were going to work in coordination to ensure victory in the forthcoming general election.
He thanked the Governor of the state, Engr. David Umahi, for the developmental strides he has exhibited in the state.
Tinubu described Umahi as a leader who has built other leaders.
On his part, Governor Umahi said the new Government House Complex was built to enable the workers in the state have a conducive workplace.
Umahi thanked the presidential candidate for landing in Ebonyi state to let the people feel the presence of their choice candidate.
The APC presidential candidate also met with APC stakeholders in the state.
He also commissioned the APC Gubernatorial Campaign Office situated along Water Works road and other numerous projects in the state.
APC CampaignEbonyi stateNigeria's 2023 ElectionsThe All Progressives Congress (APC)