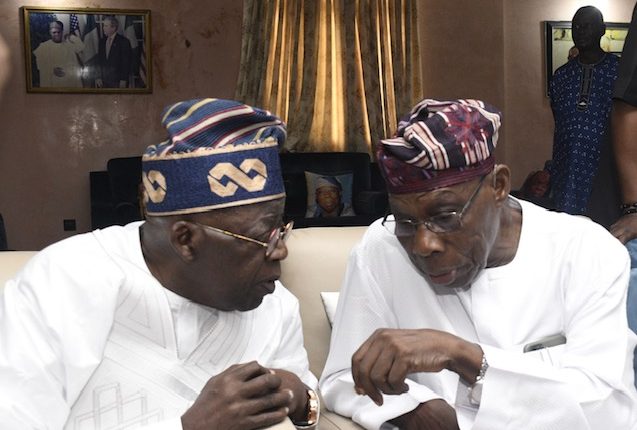 Ahead of the 2023 General Election, The Presidential candidate of the governing All Progressives Congress, APC, Bola Tinubu is in Abeokuta, the Ogun state capital to visit former President, Olusegun Obasanjo.

The Presidential candidate was received amidst  cheers and jubilation  from party faithfuls at   Obasanjo’s residence inside the Olusegun Obasanjo Presidential Library (OOPL).

Tinubu and his team thereafter went into a private session with Obasanjo.