A prominent Islamic scholar based in Kwara state, West-Central Nigeria, Sheikh Ibrahim Danmaigoro, says the recent election of two Christians as governor and deputy governor respectively in Osun state attests to the propriety of the All Progressives Congress’ (APC) Muslim-Muslim presidential ticket.
The cleric made this assertion during a prayer session for the state governor, AbdulRahaman AbdulRazaq. 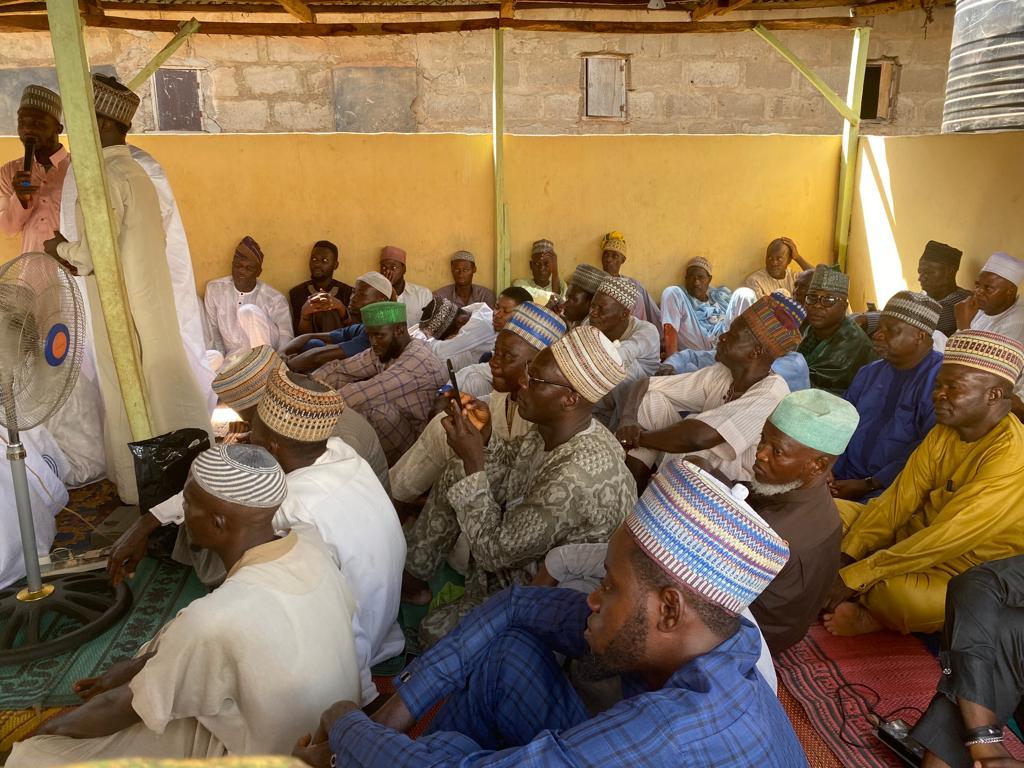 The prayer session was at the instance of Alh. AbdulHameed Sambo, a former ally of the immediate past Senate President, Dr. Bukola Saraki.
According to Danmaigoro, the people of Osun state jettisoned religious sentiments by voting for the People’s Democratic Party’s (PDP) Christian-Christian ticket in the governorship election.
“If there is nothing wrong in the people of Osun state voting for the PDP’s Christian-Christian ticket, then there is nothing wrong in Nigerians supporting the presidential candidate of the APC and his running mate, Asiwaju Ahmed Tinubu, and Senator Kassim Shettima who are both Muslims.
“What should be paramount in the minds of Nigerians is the election of capable hand as the nation’s next president and Tinubu has all it takes to make Nigeria great again,” the cleric said.
Though the event was meant to mark the birthday of a former Commisioner at the Kwara State Independent Electoral Commision (KWSIEC), Alhaji AbdulHameed Sambo, it was turned to a prayer ground for both Governor AbdulRazaq and Asiwaju Ahmed Tinubu.
Dignitaries that graced the event included the Special Adviser on Strategy to the Kwara State governor, Alhaji Saadu Salahu; a former state lawmaker, Barr. Bamidele Aluko; the chairman of Kwara State Muslim Pilgrims Welfare Board, Dr. AbdulKadir Sambaki; an APC stalwart, Alhaji Baba Adefalu; Brigadier-General Agbabiaka; and a retired permanent secretary in the state, Alhaja Mopelola AbdulRahman, amongst others.
APC Muslim-Muslim TicketKwara StatePresidential TicketRELIGIONSheikh Ibrahim DanmaigoroThe All Progressives Congress (APC)