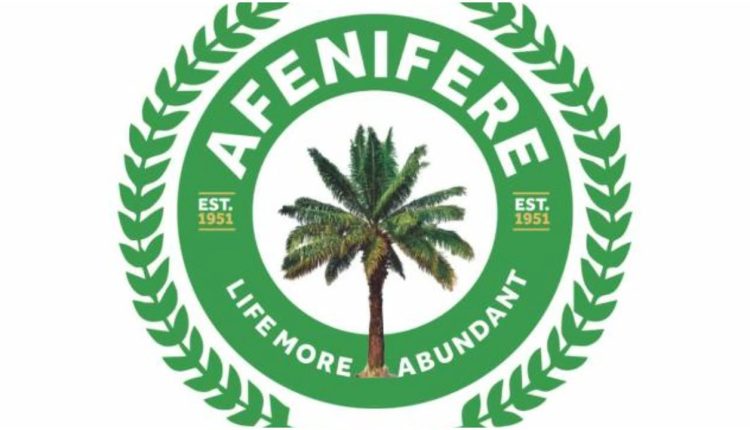 Apex Yoruba group, Afenifere has declared support for Peter Obi’s emergence as the next President of Nigeria.

The leader, Ayo Adebanjo made the declaration on Monday at a press conference in Lagos.

Adebanjo explained that the body of Yoruba leaders took the decision after agreeing that the South-East was yet to have a fair share of the presidency.

Afenifere stated that it would support equity and fairness above ethnic affiliation in reference to All Progressives Congress (APC) candidate, Bola Tinubu.

Obi, a former governor of Anambra State, is running under the Labour (LP) after defecting from the Peoples Democratic Party (PDP) in May.

The 62-year-old’s popularity has since surged, with huge followership among youths across the country.

Afenifere’s open support is the first endorsement by a leading sociopolitical group in Nigeria ahead of the 2023 presidential election.

“Before the political parties conducted their primaries, a journalist asked what is my view about the 2023 general election? I answered and said the country should be restructured before the general election, and he followed up by asking if there should be an election, which zone should the Presidency come from? And I unhesitatingly said, of course, the South East.

“I took my time to explain that the presidency is not a contest between the Yorubas and the Igbos and to a large extent I was able to convince many.
But ever since social media has been filled with comments tending to ethnicize the campaign instead of making it issue-based. Afenifere has therefore decided to address you today and through you educate the public on the ideological and equitable principles which have influenced our decision.

“Let me state here for the benefit of those who may not know that Afenifere is the Yoruba interpretation of the social welfarist ideology of Action Group, a political party founded by Chief Obafemi Awolowo and his colleagues in 1951 with strong advocacy for federalism as the best form of government to give the federating units the requisite autonomy to thrive and peacefully compete among themselves for the ultimate development of Nigeria.

“The system was eventually agreed to by our founding fathers, Sir Ahmad Bello, Dr Nnamdi Azikiwe, and Chief Obafemi Awolowo, and endorsed by the Colonial Secretary, Sir Oliver Littleton in 1954 and embodied in the 1960 independence constitution. This is the modest contribution of Afenifere in shaping Nigeria into a federation where no person or ethnic nationality is oppressed.

“In the countdown to the 2023 General elections, long before the parties conducted their Conventions to elect their National Executives and candidates, we had insisted and still advocate restructuring before the elections proposing a synthesis of the identical Resolutions of the 2014 National Conference and the APC El Rufai 2018 True Federalism Committee. We did this as Afenifere and on the wider spectrum of the Southern and Middle Belt Leaders Forum (SMBLF).

“We did this, when politicians, in spite of the monumental crises confronting the nation, carried on as if the attainment of power was all that mattered, the SMBLF unanimously proposed that the minimum condition for a peaceful transition from the disastrous 8years of Buhari’s government headed by a President of northern extraction was to have the next President from the South.

“This position was also supported by all the southern governors, irrespective of their political parties at a meeting held in Asaba, Delta State. Incidentally, this North/South consideration which is at the very root of our amalgamated federation is also the most important testament of all political parties in Nigeria. The principle of federal character enshrined in the constitution dictates that the government of the federation or any part thereof shall not be concentrated in any ethnic group or a combination of such groups.

“It is therefore preposterous to adopt this principle for employment in public service admissions in educational institutions, political appointment, the composition of the executive committee of a political party only to jettison it in the most important question of rulership of the federation. In this quest for peace, based on equity and inclusiveness, the Yoruba took the first turn at the zoning arrangement in 1999, and that led to the emergence of Chief Obasanjo, the current Vice President is a Yoruba man and equity forbids us for presuming to support another Yoruba person for the presidency in 2023.

“The current President is a Fulani from the Northwest and by virtue of the zoning arrangement that has governed Nigeria since 1999, power is supposed to return to the south imminently. The southwest as I have pointed out has produced a president and currently sits as VP, the South-South has spent a total of 6years in the Presidency, but the Igbo people of the South-East have never tasted presidency in Nigeria, and now that the power is due back in the South equity demands that it be ceded to the Igbo.

“We cannot continue to demand that the Igbo people remain in Nigeria, while we at the same time continue to brutally marginalize and exclude them from the power dynamic. Peter Obi is the person of Igbo extraction that Afenifere has decided to support and to back, he is the man we trust to restructure the country back to federalism on the assumption of office.

“We will not compromise this principle of justice, equity and inclusiveness because one of our own Asiwaju Bola Tinubu is a frontline candidate. It is on this same principle, we condemn the PDP for sponsoring Atiku Abubakar, a Northern Fulani Muslim to succeed General Muhammadu Buhari another Fulani Muslim who will soon complete 8 years of uneventful and disastrous rule. One can imagine such a high degree of political insensitivity.

“On our part, we are certainly not alien to sacrificing personal interests in the quest for a National coalition to put Nigeria on the proper pedestal. In this regard, the starting point is Southern solidarity for which we first enacted a handshake across the Niger, which had dovetailed to the Southern and Middle Belt Leaders Forum.

“We enjoin the labour movement, students, youth organisations, women associations, and every institution whose foundation is built on fairness and justice to join hands in this task of enthroning a democratic government by supporting Peter Obi. If we are sincere and honest about keeping Nigeria together in peace, the slogan henceforth should be ‘To keep Nigeria one, everyone should be Obi/Datti compliant.’

“In the final analysis, let it be said that we have no apologies but due courage of our conviction that Nigeria can only prosper in righteousness. For me, in the twilight of my sojourn on earth at 94, it is too late to derail me on the track of true federalism and National inclusiveness on which I have travelled for over 70 years of my life as one of the few surviving initial prophets, I prefer to ascend on a chariot of fire, fueled by justice and equity.”