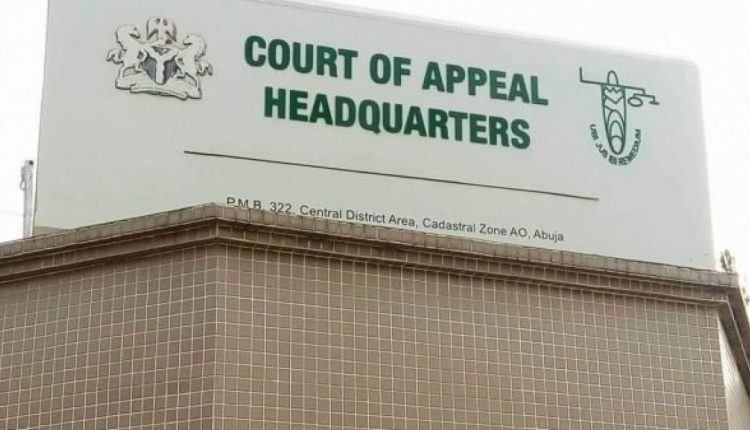 The Court of Appeal has urged the Nigerian Government and the striking Academic Staff Union of Universities (ASUU) to resolve their dispute amicably out of court.

The Appellate Court suggested twenty-four hours for the two parties to have a rethink, sit down and come out with a resolution that would make Nigerians happy.

Justice Georgewill Abraham stated this on Wednesday in Abuja, the nation’s capital when the Nigerian Government and the Union appeared before the court for a hearing in the appeal instituted by ASUU against the judgment of the National Industrial Court.

Specifically, Justice Georgewill tasked counsel to the Nigerian Government, Mr James Igwe and that of ASUU, Mr Femi Falana to first sit down as lawyers, take a patriotic position and convey the position to their clients.

“There is time for everything, time for war and time for peace. As Ministers in the temple of justice, we want to see the two of you as Senior Lawyers to encourage and explore amicable settlement of this dispute.

“In fact, we expect to return to this court on Thursday with good news that the dispute has been thrashed out and all the appreciation of Nigerians will go to you

“So, talk to your clients to take the interest of the nation into consideration for the sake of our children. As you leave here, go and sit down and talk and resolve the matter,“ the Judge advised.

The Counsel to the Nigerian Government, James Igwe promised to look into the counselling with his colleague.

On his part, Counsel to Universities Union, Mr Femi Falana remarked that he had initiated something similar and would be happy to do more to resolve the dispute.

The Senior lawyer however restated that an amicable resolution of the matter would involve give and take from the two parties.

Meanwhile, the court presided over by Justice Barka Akawu has fixed October 6 for hearing in a motion filed by ASUU for stay of execution of the judgment of the Industrial Court which ordered the striking lecturers to go and resume work pending the resolution of their dispute with the Federal Government.

The Minister of Labour and Productivity, Chris Ngige, had on Tuesday, October 4, 2022 registered two academic unions, the Congress of Nigerian Universities Academics (CONUA) and the National Association of Medical and Dental Academics (NAMDA).

He explained that the two bodies would exist alongside ASUU, adding that the two associations would enjoy the rights and privileges accorded to other academic unions in the tertiary education system.

The newly registered Union, CONUA appealed to the Academic Staff Union Of Universities (ASUU) and the Nigerian Government to reach an “Amicable agreement” so that students of public universities could return to the classrooms.

“We’ve not been on strike, we just appeal to the Federal Government and our sister union (ASUU) to reach an amicable agreement so that the universities can be open so that we can go back to doing our teachings,” CONUA National Coordinator, Niyi Sunmonu

Falcons gear up for Japan clash