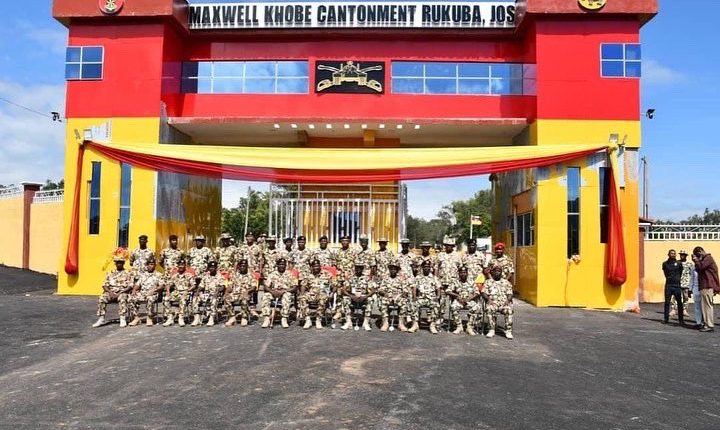 The COAS said the projects will improve the security of the Cantonment and provide conducive ambiance for the personnel of 3 Division to enhance professional discharge of their roles. He said the Nigerian Army will not relent in ensuring infrastructures of the barracks are modernised and given a face-lift.

…the COAS charged the troops to remain committed professionally and ensure maximum utilisation and maintenance of infrastructures. https://t.co/tyVxyACDzm pic.twitter.com/oUlEHIcG3x

He applauded the General Officer Commanding 3 Division and Commander Operation SAFE for initiating the developmental projects and effective utilisation of resources to improve the infrastructural needs of troops in the Cantonment. He assured the COAS commitment to more  to wellbeing of the Nigerian Army personnel and dependents.

Appreciating the COAS for his continues guidance and support to troops welfare needs, the GOC 3 Division and Commander Operation SAFE HAVEN , Major General Ibrahim Ali said the initiative to embark on the projects was in line with the COAS cardinal principle of Administration aimed at rekindling professionalism in Headquarters 3 Division. He revealed that the Quarter Guard is meant to be on the right side of the entrance into Military formation.

General Ali further stated that the projects were aimed at leaving a befitting legacy for the Division. He revealed  that more developmental projects will soon be unveiled and commissioned in the Cantonment.

While briefing the Special Guest of Honour before the commissioning, the Commander 43 Engineer Brigade, Brigadier General Kabaju Kazir said the project which is in three faces has, the Gate, the Quarter Guard and the Road network. He noted that the road network was expanded for conducive passage by motorists and pedestrians alike.

This is contained in a statement issued by the Military Information Officer Operation SAFE HAVEN, Major Ishaku Takwa.