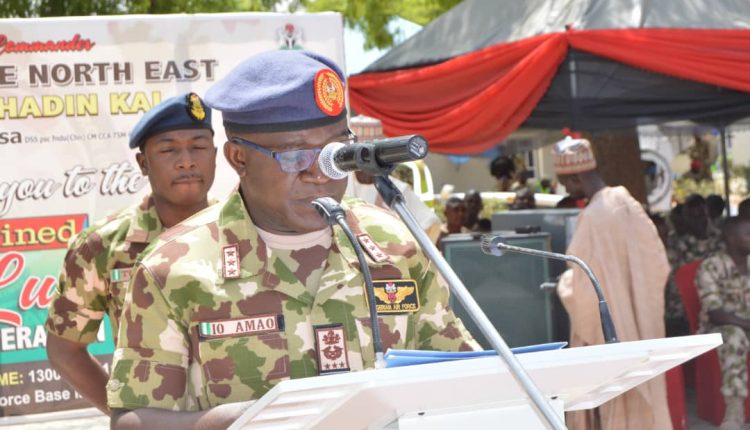 This was to boost their morale in the critical stage of the ongoing counter terrorism and insurgency operations.  Service Chiefs who were impressed with the performance of the troops, reaffirmed their commitment to their welfare during a  Sallah luncheon organised in honour of the troops by the Headquarters Theatre Command. 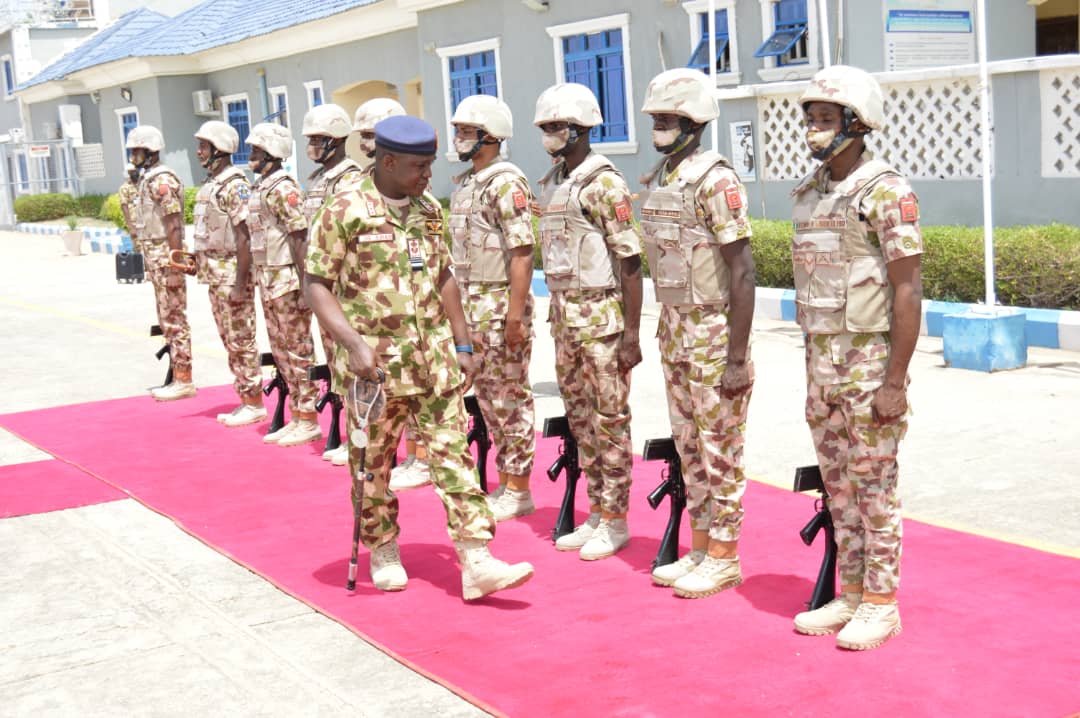 The two service Chiefs maintained that welfare of troops remained topmost in their priorities.   Medical Treatment

The COAS, who had earlier paid a visit to troops wounded in action at the 7 Division Military Hospital Maiduguri, stated that he is ever determined to ensure the medical treatment of personnel and their families, both within and outside the country.

He said those wounded in action would continue to get support and special vocational training to help them cope with their new health status and overcome psychological trauma. The Chief of Air Staff, Air Marshal Isiaka Amao felicitated with the troops and called on all security agencies to continue to synergise with the military in defence of Nigeria’s national security.

He hinted on the acquisition of more combat platforms for the Nigerian Airforce to shore up troops’ air combat efficiency. The representative of the Governor of Borno State, Deputy Governor Umar Usman Kadafur earlier in a goodwill message from the Borno state government, expressed appreciation to the military for the restoration of the relative peace in Borno state. 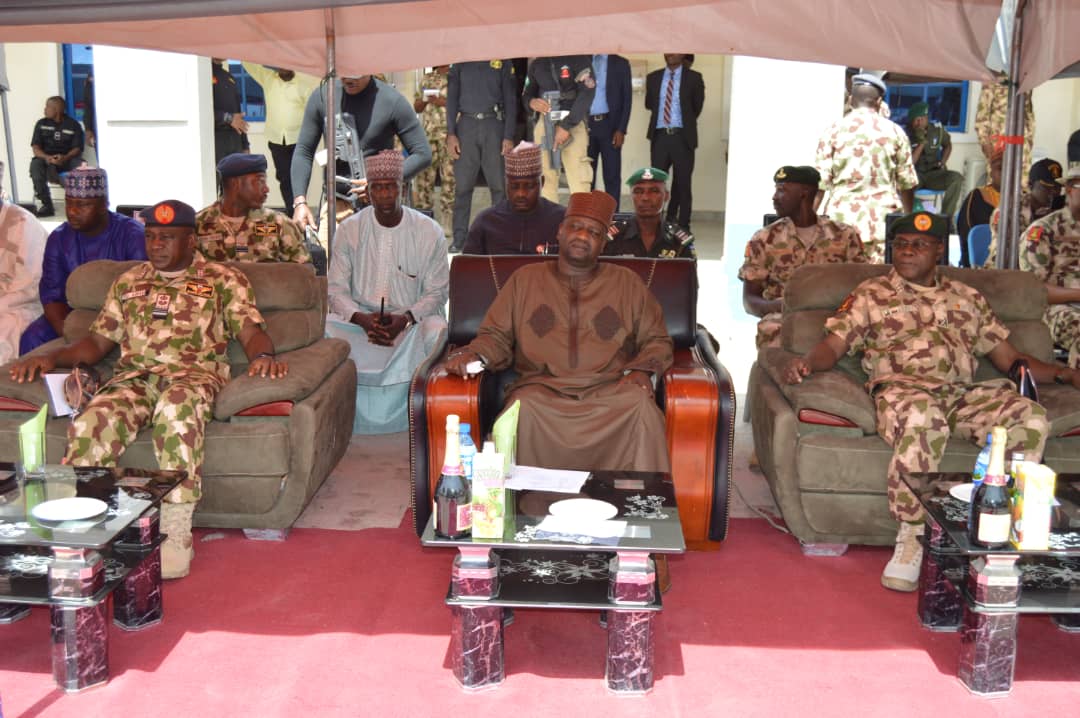 He said that the successes so far achieved, clearly demonstrated the capability of the military in bringing the war to an end.This was contained in a statement issued by the Director Army Public Relations, Brigadier General Onyema Nwachukwu.

Mali’s junta to cut off all defence accords with France