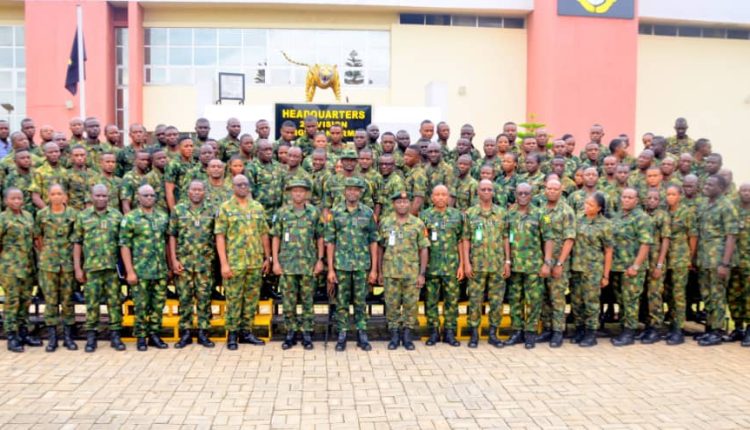 The General Officer Commanding, GOC 2 Division Nigerian Army, Major General Aminu Chinade has reiterated the need for the Nigerian Army to adhere strictly to the national and international laws that the country is a signatory to for a successful operation.

Major General Chinade stated this during a sensitisation workshop by the Army Headquarters Department of Civil Military Affairs. The theme was “Enhancing Professionalism and Responsiveness of the Nigerian Army Soldiers Through proper Observance of Humanitarian and Human laws”. 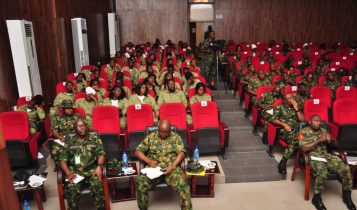 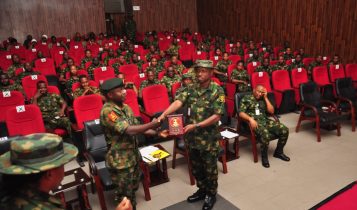 It was held at the 2 Division Auditorium for troops under Command.

The GOC said that “the workshop is coming at the right time when the Nigerian Army is involved in several operations across the six geopolitical zones of the Country.”

He further stated that “being an arm of the Armed Forces of Nigeria, the Army has a sacred obligation to ensure that its personnel perform their duties within the limit prescribed by laws of the Federation and other international charters that the country is a signatory to.” 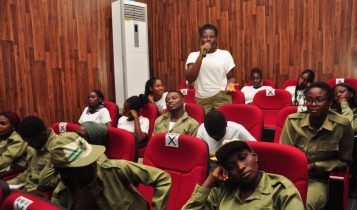 General Chinade said that personnel of the Nigerian Army must ensure that actions which might have negative implications on the lives of citizens are avoided.

He noted that the sensitisation awareness would enable troops under command to perform their duties strictly in compliance with laws that are globally accepted.

He described the theme of the workshop as very apt, timely and in line with the Chief of Army Staff’s vision of having “A Professional Nigerian Army Ready to Accomplish Assigned Mission within A Joint Environment in Defence of Nigeria.

General Chinade urged all participants to open their minds and ask questions, as well as contribute immensely to the body of Knowledge that will guide them in the discharge and performance of their duties.

The sensitisation workshop organised by the Army Headquarters Department of Civil Military Affairs and hosted by Headquarters 2 Division, Nigerian Army was attended by troops from the Division Area of Responsibility and members of the National Youth Services Corps (NYSC) serving in the Division.

Nigeria Seeks Increased Trade With US