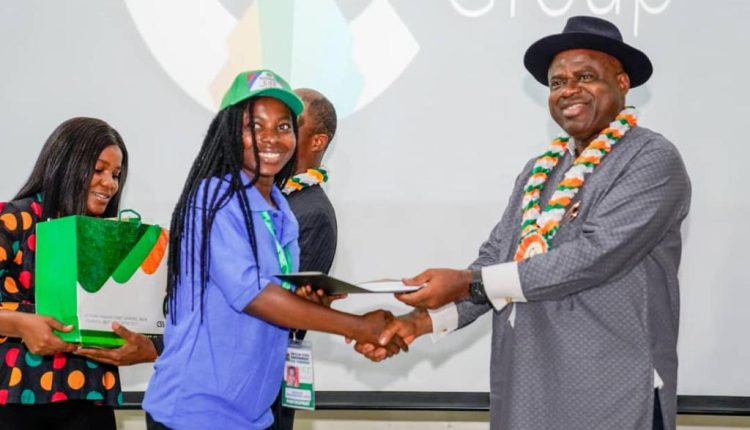 The Bayelsa State Government in the Niger Delta region of Nigeria has trained 200 youths in integrated farming and pledged to continue to build the capacity of young ones in the state to make them self-reliant.

The State Governor, Senator Douye Diri, disclosed this during the graduation of 200 trainees at the CSS Global Integrated Farms in Nasarawa State.

Governor described agriculture as a viable path to diversifying the state’s economy from dependence on oil revenue.

The Governor emphasized that the prosperity mantra of his administration would be easily achieved when the people of the state are equipped with different skills that will not only make them self-reliant but also employers of labour.

According to him, up to 5,000 youths would be trained and given loans to set up their own farms, noting that his administration was inspired by the need for a paradigm shift from over-dependence on oil.

In a statement signed by his Chief Press Secretary, Daniel Alabrah, the governor charged the beneficiaries to make a difference in their environment upon their return to the state.

“I was elated when I came in to see the high spirits of my brothers and sisters that came all the way from Bayelsa for this training.

“I hear you have all behaved well.

“As you know, our administration is tagged the Government of Prosperity.

“We cannot prosper if we continue to live the way we have been living.

“Agriculture is one of the pillars of our government.

“We are talking about diversification and moving away from our dependence on oil and gas. Everybody virtually keyed into oil and we abandoned agriculture.

“When we came on board, we believed that the only way we can diversify our economy is by giving people different skills that will add value, not just to their lives but to the state and nation at large.

“So rather than do illegal businesses, there is a surer way to survive.

“This training will not end with this set. As you go back another set will come.

“And we shall make loans available to you,” said the Governor.

Meanwhile, it was gathered that the beneficiaries, sponsored by the State Government, underwent a two-week intensive training in poultry production, fish farming, plantain and cassava farming, rice and maize farming, feed processing, greenhouse and hydroponics, ruminant fattening, agricultural business and financing, among others.

The trainees would have access to soft loans from the State Government to commence small-scale farming businesses.