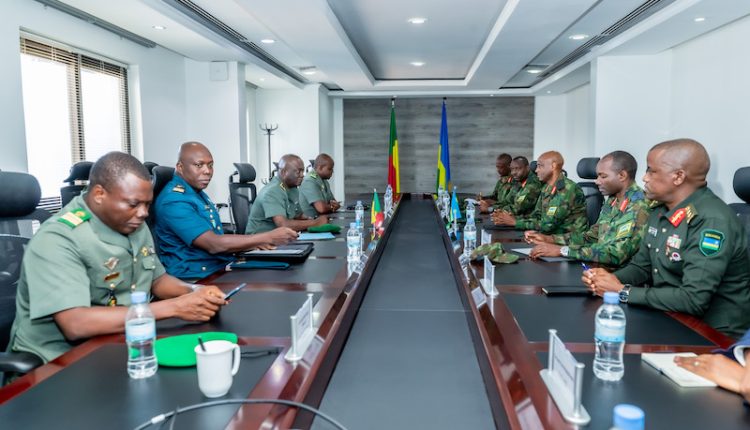 Benin is currently in discussions with Rwanda to provide logistical support and expertise in its fight against militants in the north, a spokesman for the Beninese presidency said.

Benin’s army is deployed in the northern region to contain militant groups in neighbouring Niger and Burkina Faso, which carry out incursions and attack security forces there.

It is currently seeking to strengthen its security apparatus.

This clarification follows the publication of an article by Africa Intelligence, a news media specializing in Africa, which reported that “secret negotiations between Kigali and Cotonou” were underway for the deployment of several hundred Rwandan soldiers and experts in northern Benin.

“The number of Rwandan elements that should be deployed, initially, is estimated at 350, a figure that could then double,” according to this media outlet, which states that the negotiations have just entered their final phase.

The Chief of Staff of the Beninese armed forces, General Fructueux Gbaguidi, visited Rwanda last July for bilateral talks aimed at deepening existing relations between the two armies, according to a statement from the Rwandan Ministry of Defense.

Coastal countries such as Benin, Togo, Ghana and Cote d’Ivoire are seeking to strengthen their military posture to secure their borders with Mali, Niger and Burkina Faso after a series of raids.

They are now concerned about the possible recruitment of jihadist groups from among the population.

Last year, the Rwandan army deployed about 1,000 troops to northern Mozambique to assist Maputo in its anti-jihadist fight.

According to sources, Rwandan troops have been among the most effective and frequently deployed for combat operations in northern Mozambique.

WHO urges Africa to ramp up implementation of roadmap