Team Nigeria athlete Blessing Oborududu has won Gold in the Women’s 68kg Freestyle Wrestling event at the Commonwealth Games in Birmingham, retaining the title she won four years ago in Gold Coast, Australia. 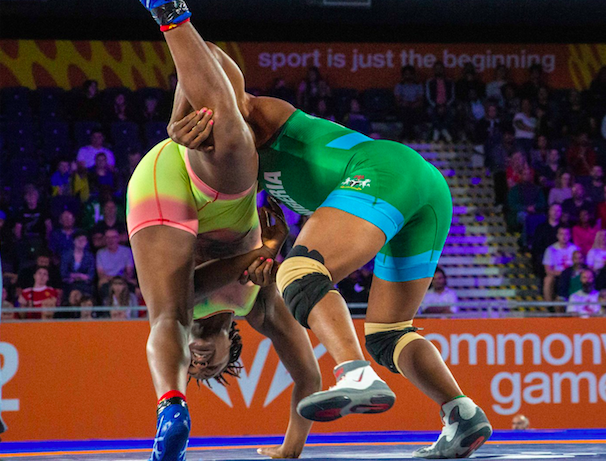 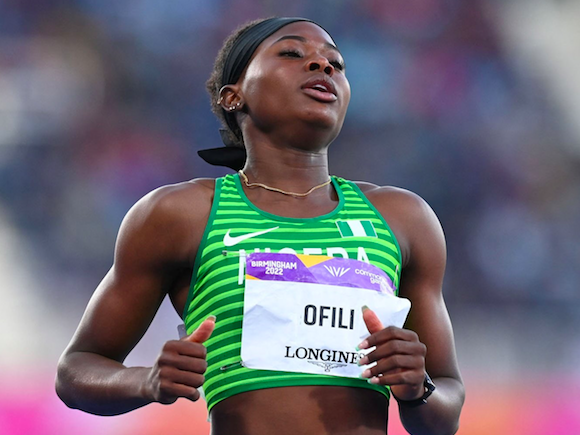 Nigerian sprinter Favour Ofili started slowly, but picked it up and pulled away from the rest of the field, clocking 22.66s (+1.9) to win heat 1 of women’s 200m semis.

Jamaica’s Natalliah Whyte edged out Gina Bass at the line to grab the 2nd automatic spot.

Jamaica’s Elaine Thompson continued her quest for a double at the Commonwealth Games, winning the last heat of the Women’s 200m semi-finals. The Olympic champion cruised to an easy win in a time of 22.63s, the fastest time in the three heats. Natasha McDonald took the second automatic spot, finishing in 23.21s.