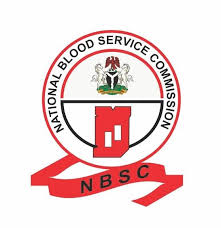 The National Blood Service Commission (NBSC), says all blood receivers, irrespective of age and religious beliefs, are protected by the law, as it is meant to save lives during emergency.

The Acting Director General of the commission, Dr. Omale Amedu, made this known in an interview in Abuja.

Blood transfusion is the administration of whole blood or its components, to replace large amounts of blood lost through accident, injury, childbirth or disease.

While reacting to some religious beliefs that hinder recipients from blood transfusion during emergency, Amedu said, the commission would follow laid down laws and procedures and would ensure that blood was administered in any emergency to save a life.

According to him, under aged children in emergency situations that need blood will be transfused, regardless of their religious beliefs or that of their parents and guardians.

“We are a legal body and we will follow laid down rules by the government to ensure that people who are not able to take decisions by themselves are protected.

“There are rules that protect them and so if such situation arise, we will follow the necessary rules to make sure they get it.

“The rules are clear that for an under aged child that cannot take decisions, government has the responsibility to make the appropriate decisions for them.

“Government is responsible for the welfare and health of its citizens and at that point, we will apply the rules,” he said.

He however explained that before any blood was transfused, it would undergo screening to prevent risks of contracting certain diseases such as HIV, hepatitis and others.

He expressed worry about lack of awareness on blood donation, which was causing shortage in its blood bank to cater for the needs of the more than 200 million Nigerian population, especially during emergency.

“There is a great deficit in the blood that we currently have in the bank.

“Having a population of over 200 million Nigerians, we are expected to have a minimum of two million safe blood units per annum, but as I speak to you we have only about 25,000 safe blood units in our record.

“So we really need Nigerians to volunteer and donate blood, because you never can tell, who will need blood and so we need to be prepared.”

He appealed for more voluntary unpaid donors to donate blood that would save lives, improve their health status and increase the country’s blood bank.

“Our target is to ensure that blood units collected will increase from the present 25,000 to one million by 2023, and three million by 2030.”

The DG further described blood donation as an act of solidarity and urged Nigerians to join the effort to save lives.

He also called on the media, religious and traditional leaders, as well as other relevant stakeholders, to sensitise people on the benefits of blood donation for the donor and recipients.