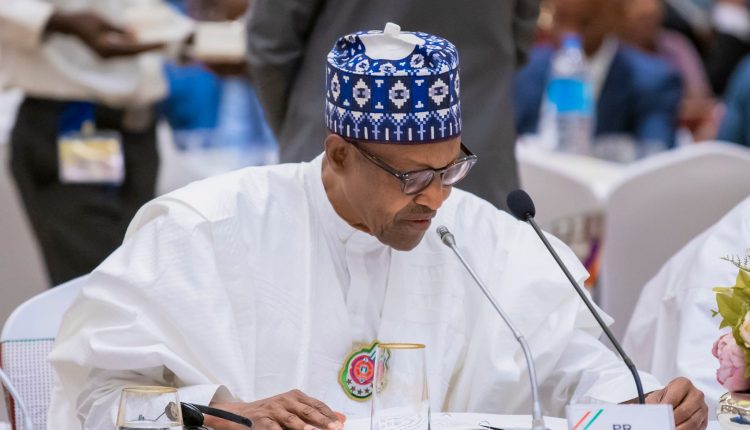 African leaders, who attended the launch of the French version of the book titled ‘‘Muhammadu Buhari: The Challenges of Leadership in Nigeria’’, in Niamey on Thursday, have shared glowing testimonies on the leadership qualities of the Nigerian President.

The event took place at the margins of the African Union Summit on Industrialization and Economic Diversification, as well as the Extraordinary Session on African Continental Free Trade Area (AfCFTA), running from November 20 to 25, 2022 in the capital city of Niger Republic.

Shortly after his arrival in Niamey, President Buhari had earlier inaugurated a 3.8km Boulevard named after him by the Government of the Republic of Niger.

Speaking at the book launch, the President Bazoum of Niger described the Nigerian leader as ‘‘an austere man, uncompromising, humble, an ardent patriot and a committed democrat.’’ 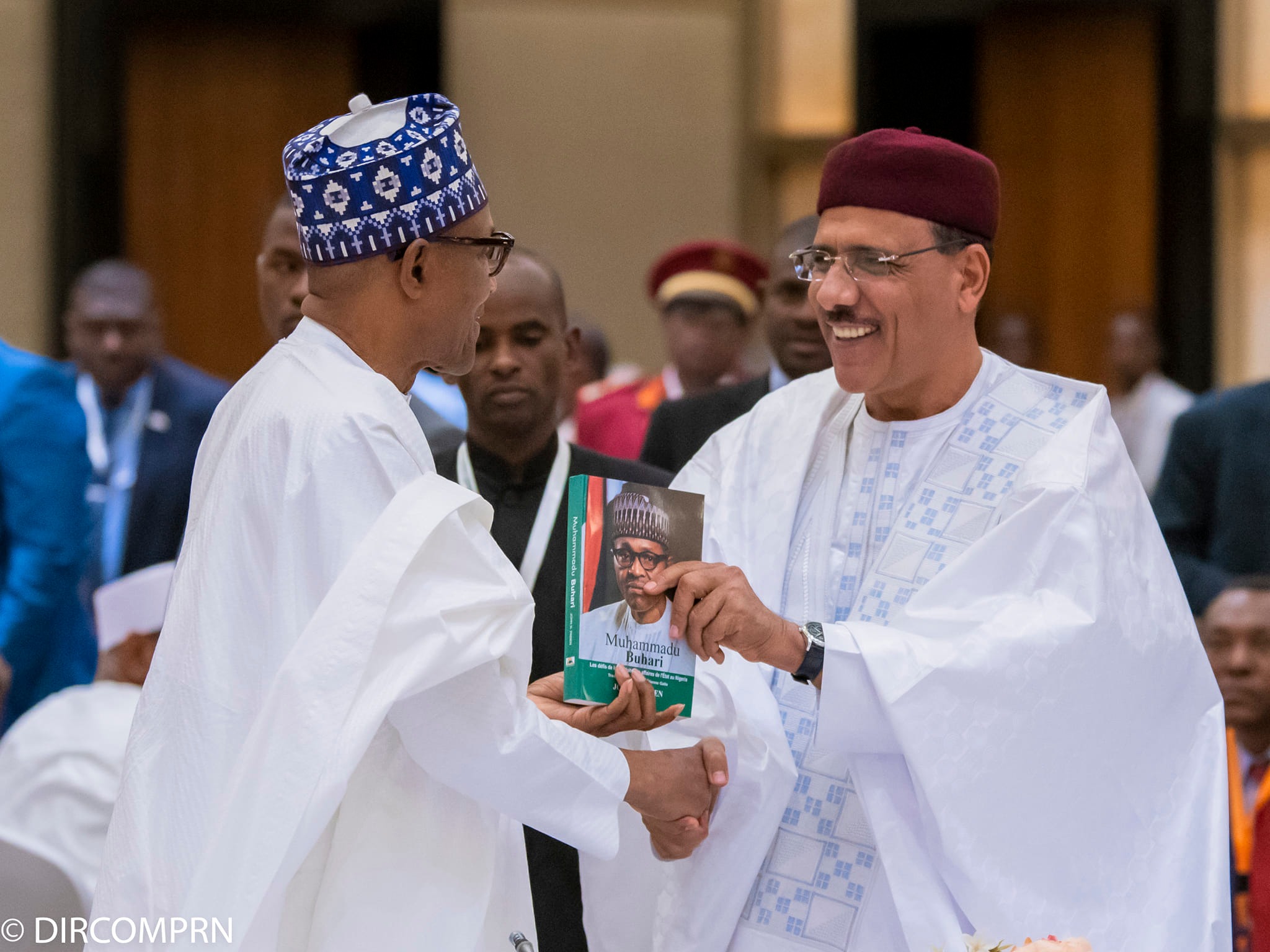 ‘‘Professor John Paden, you were well inspired to have chosen to write about the life and work of an exceptional man. I commend your work for being comprehensive, objective and for shedding new light on the personality of the patriot, the courageous military man and the conscientious politician that is President Muhammadu Buhari.

‘‘Nigeria is Niger’s main trading partner.  It is therefore normal for any Nigerien politician to follow the evolution of political life in Nigeria. That is why I have closely followed Muhammadu Buhari’s political struggles, especially his participation in the presidential elections from 2003, 2007, 2011 and 2015.”

Bazoum disclosed that the fight against boko haram being waged together with Nigeria and other neighbouring countries in the Lake Chad Basin has allowed him to discover the strategist and statesman in Buhari, who is ‘‘determined to ensure peace for his country and the sub-region.’’

‘‘His fight against corruption and for good governance has earned him the esteem of all. It is a pleasure to work with a man of conviction like him.

‘‘I am sure that those who read the book will not fail to draw useful lessons for their political or professional careers. They will not fail to learn life lessons at all. This book will certainly educate the younger generation,’’ he ascertained. 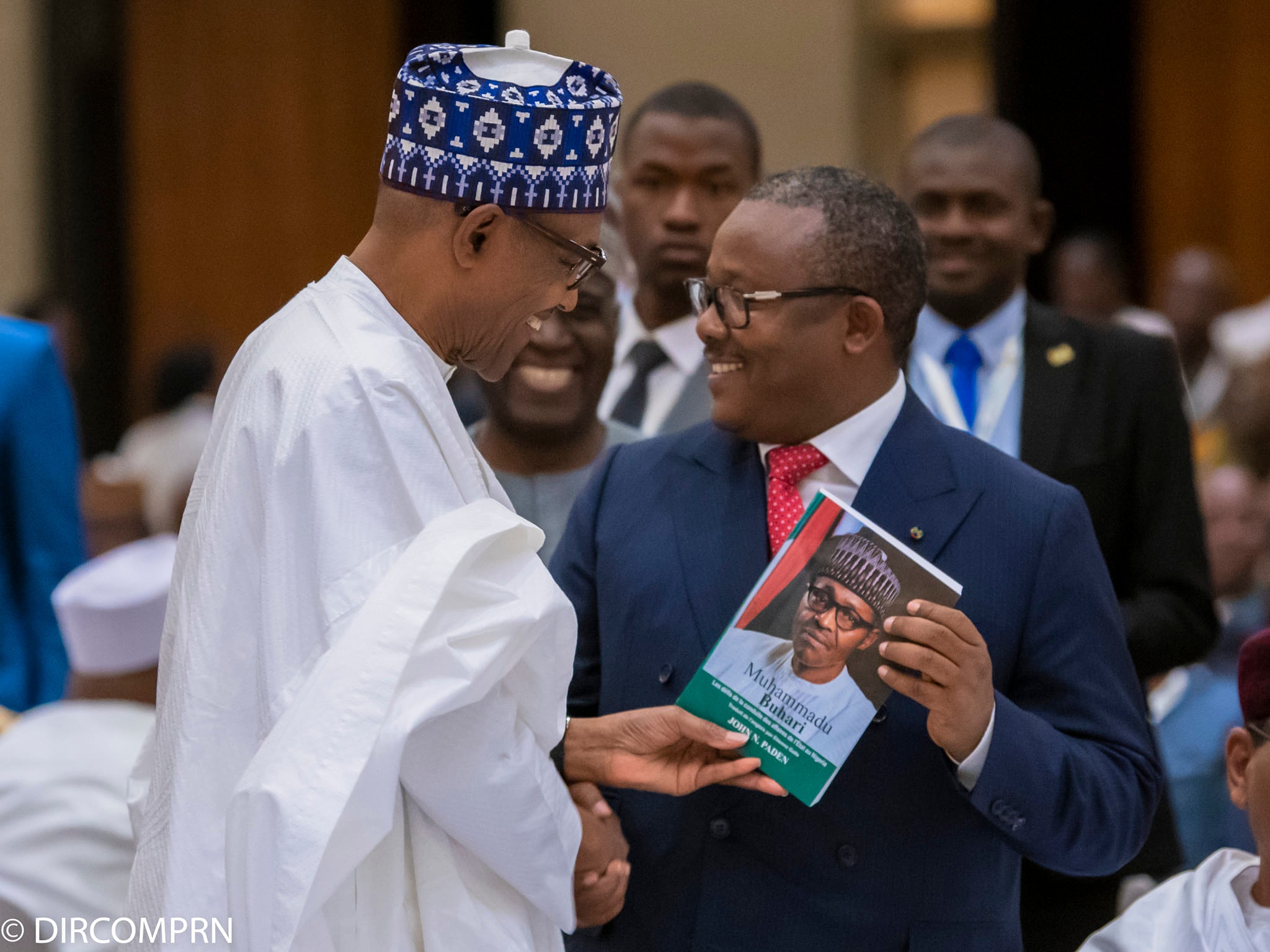 Embalo, who is also the current Chairman of ECOWAS, told guests at the event that his father was equally called Muhammadu and was born the same year as Muhammadu Buhari.

‘‘I just want to emphasize that there is a reciprocating affection for this man. Today l am the President of the Republic of Guinea Bissau, firstly it is God and secondly it is this man, Baba. Thank you very much,’’ the Guinea Bissau leader said.

He added that the book is a portrait of a great African leader, saying: ‘‘I pay homage to President Buhari for his patriotism and commitment in maintaining peace in our sub-region.”

On his part, the President of Chad described President Buhari as a very experienced man with a great dream for Nigeria and a clear vision for Africa. 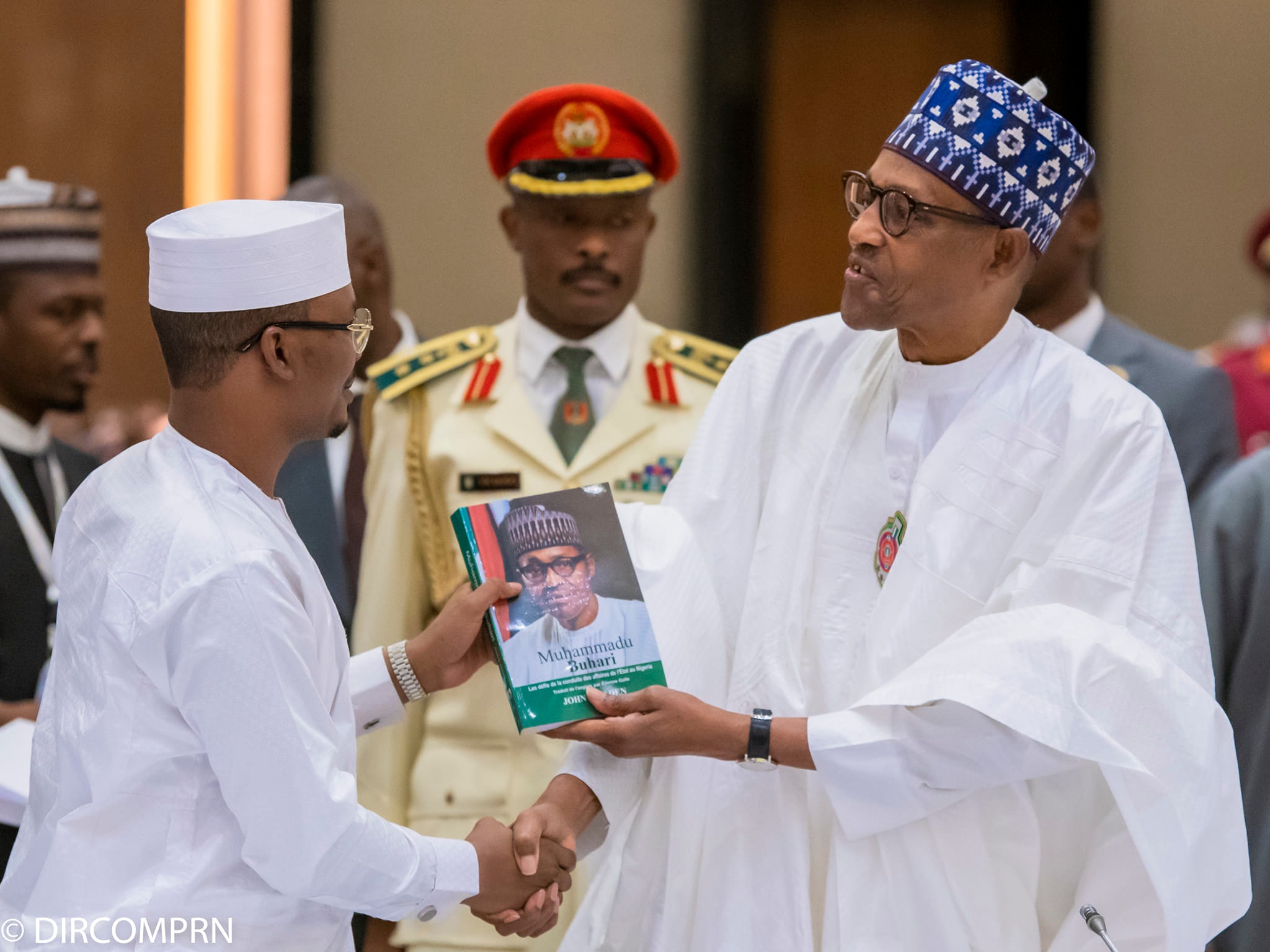 ‘‘President Buhari brings a heritage and a source of knowledge for us all. Thank you for this inestimable gift, Mr President,” he said.

Issoufou, the immediate past President of Niger, praised the incumbent for launching the French version of the book, whose idea was conceived during his tenure as President.

He recounted that he graced the launch of the English version of the book in 2016 in Abuja, commending the author for documenting the life ‘‘of an exceptional man.’’ 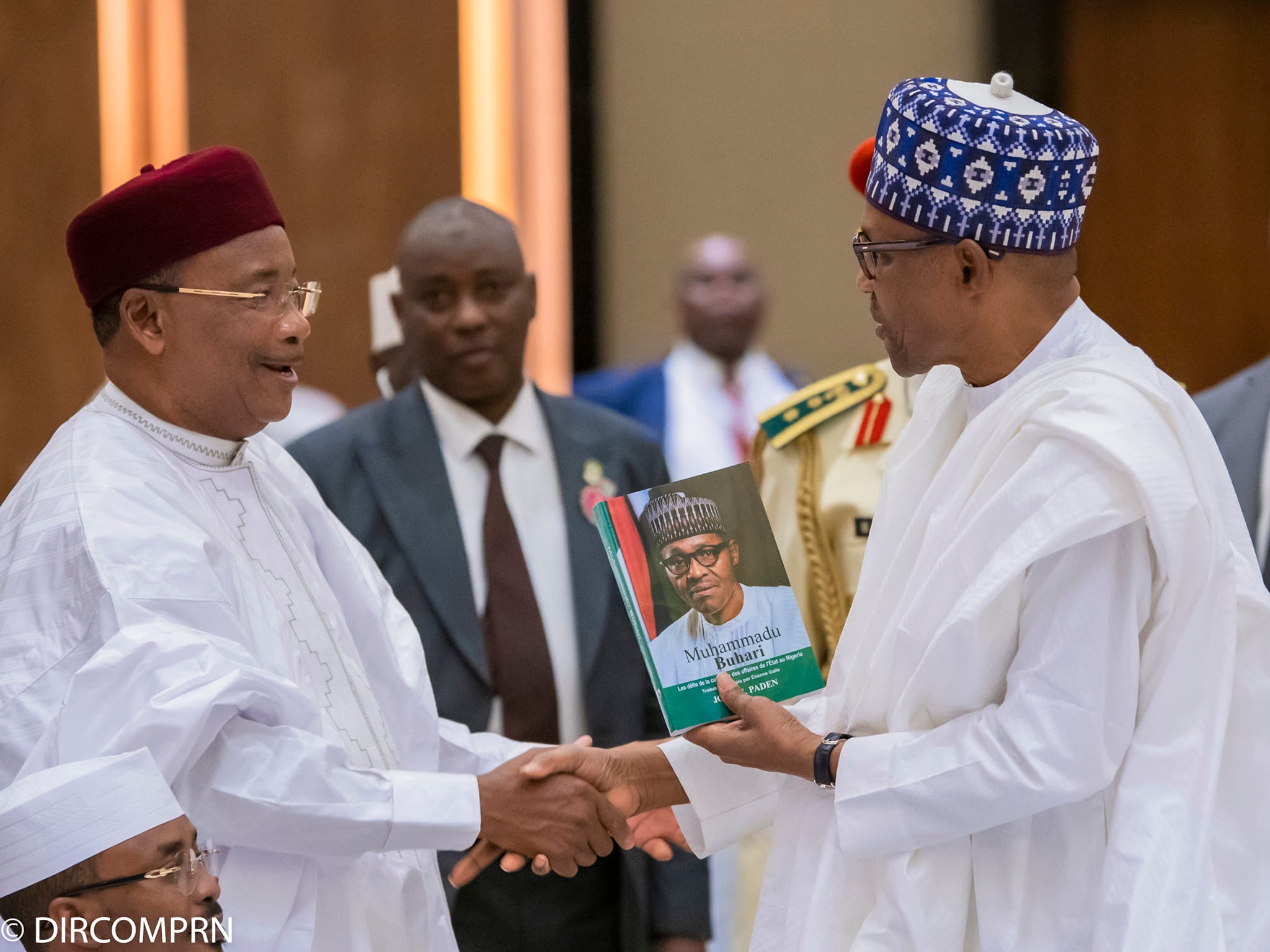 One of the book reviewers, Prof Abdallah Adamu, former Vice Chancellor, National Open University of Nigeria (NOUN) said President Buhari has rightly earned the name ‘‘Mai gaskiya’’, which is translated to mean, “someone who keeps his words”.

He added that the author, John Paden, has fairly provided a biography of the current Nigerian President where he exposed the qualities of President Buhari that may not be known to many.

Hadi Sirika, the Minister of Aviation in Nigeria, recounted the role played by the President’s nephew, Mamman Daura, in the publication of the book, describing him as the initiator and driving force.

‘‘It is a book on the personality, character, content of President Buhari, what he stood for and what he still stands for,’’ Sirika said. 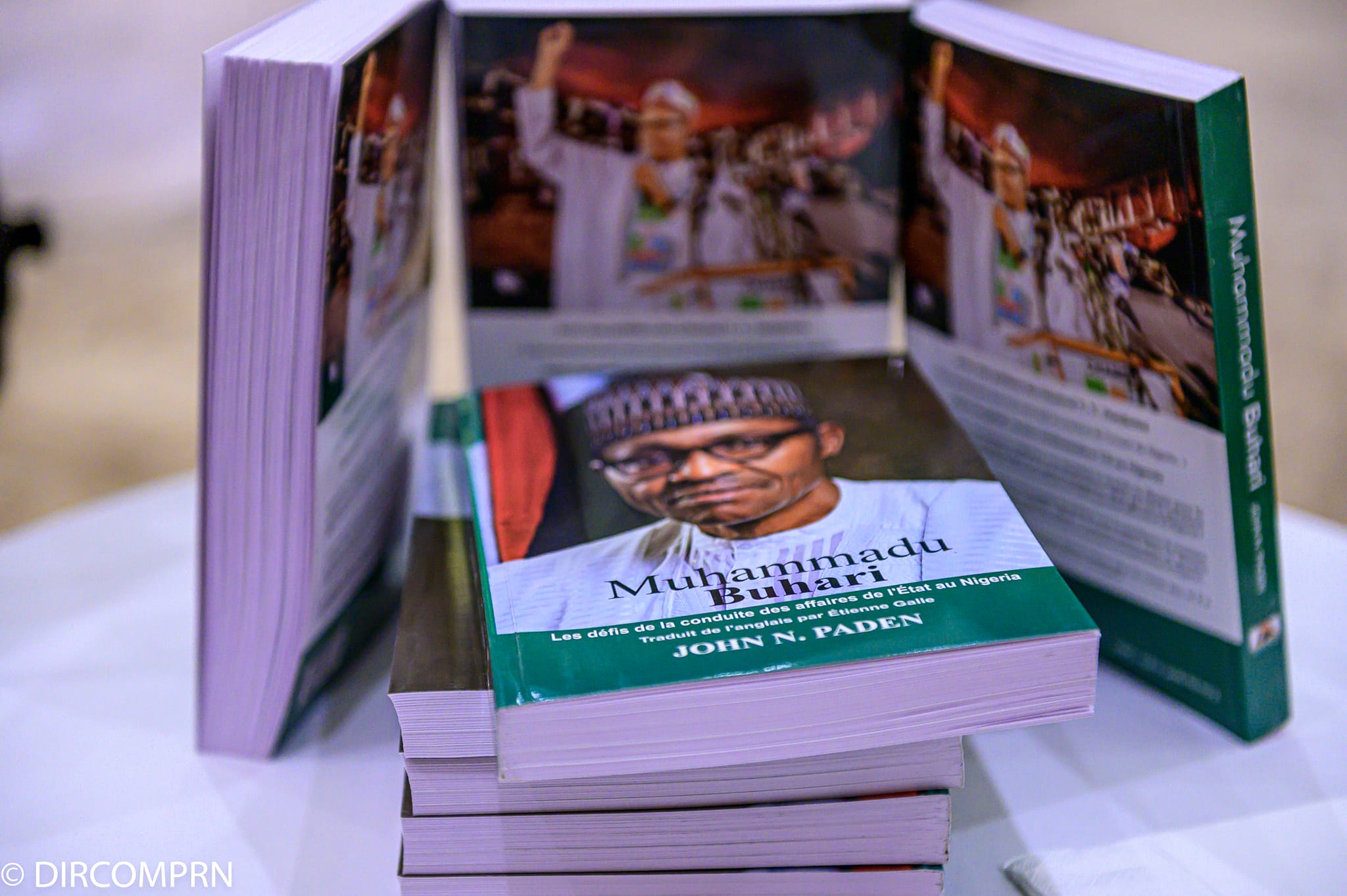 Sirika and three other Nigerians, Mohammed Indimi, Chairman of Oriental Energy Resources (OER), Sayyu Dantata, Chief Executive Officer, MRS Holdings Limited and Farouk Adamu Aliyu, a chieftain of the All Progressives received awards from the President of Niger for their roles in fostering excellent bilateral relations between Nigeria and Niger.