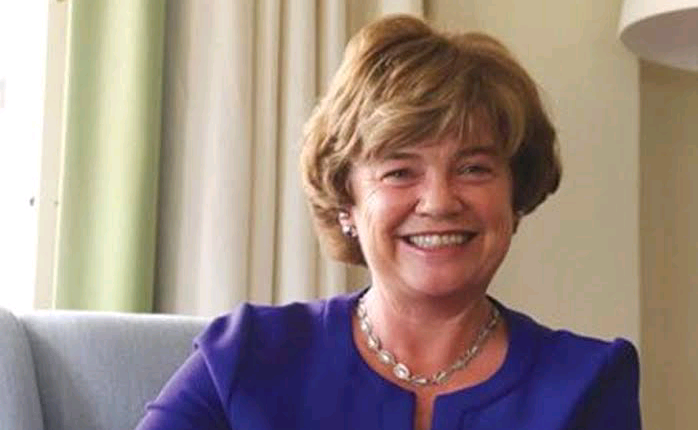 Ms. Laing said this during a courtesy visit to the National Working Committee of the People’s Democratic Party, PDP, at its headquarters in Abuja, Nigeria’s capital.

She said the elections are very important to Africa and parts of the world, and with the spotlight on Nigeria, the UK would be watching closely as they want to make sure that the elections go well.

She mentioned a couple of issues they would be monitoring.

“Number one is security, and we have been really concerned about the recent events, 52 election violence-related issues, in 22 states including an attack on the PDP convoy in Maiduguri, that is a real concern, and we want to exchange our thoughts on what you can do as a political party to ensure that the election are as peaceful as possible. When people feel intimidated, they can’t get out to vote, the election itself will not be credible that is why the violence is of great concern,” she said.

The High Commissioner informed the party leadership that for anyone who instigates or perpetrates electoral violence, the UK government will take action.

“Since we do have sanctions in the form of our Visa program. We will also be watching closely any individual who acts violently or just, insight people through the social media, we do have the possibility of using our Visas as sanctions by removing Peoples rights to visit the UK. We will be watching closely, these apply to all the political parties, not just the parties, but security officials and anybody who might be in that position,” she stated.

Cateriona Laing said, it was important to ensure a high turnout of voters to ensure credibility and avoid voter apathy of 2019 thus making the 2023 elections credible.

She said, “If the votes are high. It was low last time around 35 percent. There is also the issue of registration of young voters, which is a real positive and we hope that they would turn out to vote on the day of election because it will make the election much more credible”.

National Chairman of the PDP, Iyorcha Ayu said the party prides itself as the restorer of democracy after sending away the military and its found in all nooks and crannies of Nigeria where the party is loved and appreciated.

He stated that they are also concerned about electoral violence and as a party, would maintain peace by allowing other political parties to campaign in states controlled by the PDP unhindered.

“We believe that with the BVAS which INEC is able to introduce it is not going to be business as usual and that is why we keep praying for INEC to maintain what they have promised to Nigerians and when that is done we will find out that our party is in top gear,” Ayu said.

He expressed appreciation to the British government for their support over the years and is glad they are watching the elections unfold trusting that they will do all it takes to support Nigeria in conducting a free, fair, and credible general election in 2023.

Ayu was represented by the PDP National Secretary, Samuel Anyanwu.

Oyo State Governor Explains Cause of Delay in Campaign Flag off