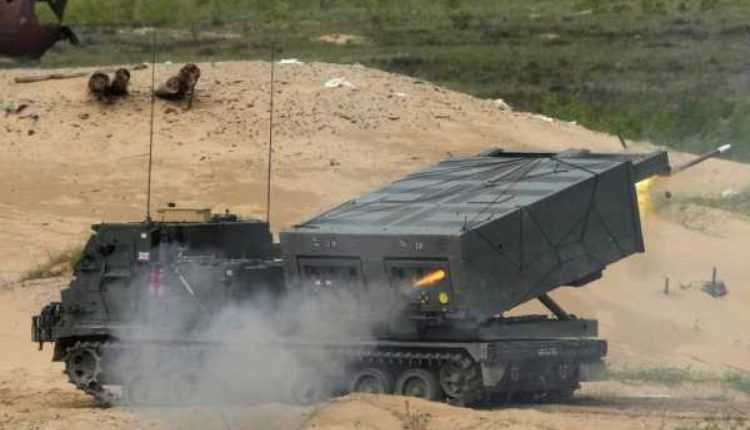 Britain says it will supply Ukraine with multiple-launch rocket systems that can strike targets up to 80 km (50 miles) away, in a move that was coordinated with the United States in response to Russia’s invasion.

“These highly capable multiple-launch rocket systems will enable our Ukrainian friends to better protect themselves against the brutal use of long-range artillery, which (Russian President Vladimir) Putin’s forces have used indiscriminately to flatten cities,” Wallace said in a statement.

U.S. President Joe Biden last week said Washington would supply Ukraine with M142 High Mobility Artillery Rocket Systems, or HIMARS after he received assurances from Kyiv that it would not be used to hit targets inside Russian territory.

Putin said the arms shipments were “nothing new” but warned that there would be a response if the United States supplied longer-range munitions for the HIMARS systems.

The U.S. Department of Defense said it was supplying Ukraine with four M142 HIMARS systems along with the Guided Multiple Launch Rocket System that it said had a range of over 40 miles (64 km).

Britain said Ukrainian troops would be trained on how to use the new launchers in Britain after it previously announced that it would train Ukrainian personnel to use armoured vehicles.