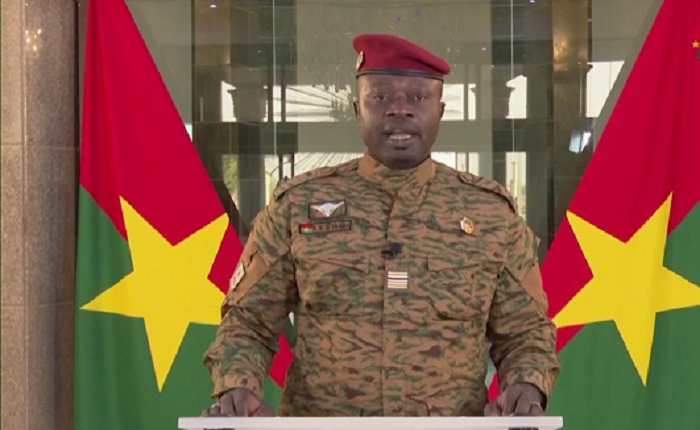 In two decrees read out on national television, the junta chief said he was dismissing General Barthelemy Simpore and assuming the role himself.

The statements did not give reasons for the cabinet reshuffle.

Thousands have been killed in the violence and around two million people have been displaced.