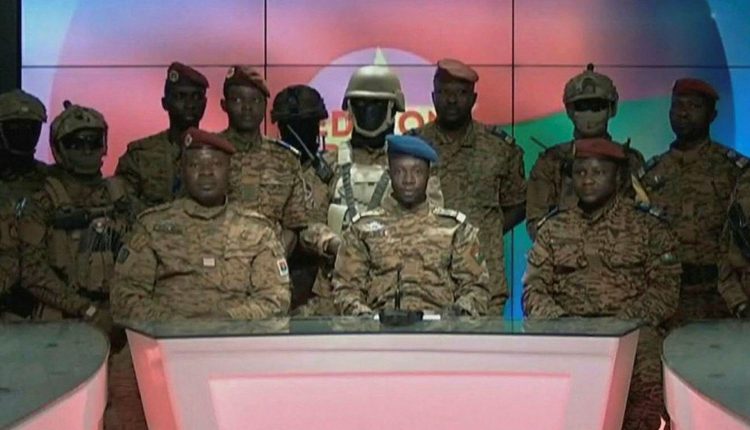 The head of Burkina Faso’s ruling junta has met the president he overthrew in a coup this year, for talks to “defuse” the political situation.

Roch Marc Christian Kabore, the elected president until his ousting in January, was accompanied by another former president Jean-Baptiste Ouedraogo (November 1982 – August 1983) during the meeting at the presidential palace.

Mr Kaboré shook hands with the lieutenant colonel Paul-Henri Sandaogo Damiba and spoke in an apparently relaxed atmosphere with him.

The presidency said in a statement that the three men discussed “security matters, the management of the transition and other issues of national interest”.

It is the “start of a series of actions with a view to defusing the political situation”, it added.

The meeting demonstrated the new leader’s “the desire for reconciliation” and for “a united, determined and supportive Burkina in the fight against the terrorist hydra”, the statement said.

Like Mali and neighbouring Niger, Burkina is caught in a spiral of violence blamed largely on jihadists linked to the militant group.

It says it needs three years to rebuild the country in the face of the jihadist insurgency before it can organise democratic elections.

The bloodshed in the country has continued, however.

Earlier this month, more than 80 civilians were killed in the northern commune of Seytenga in the country’s second-deadliest attack ever.

Kabore was moved from house arrest to his own home in the capital Ouagadougou in early April following the January coup.

This is his first public appearance since April, when his release was repeatedly demanded by his supporters, the Community of West African States (ECOWAS), the UN and the African Union.