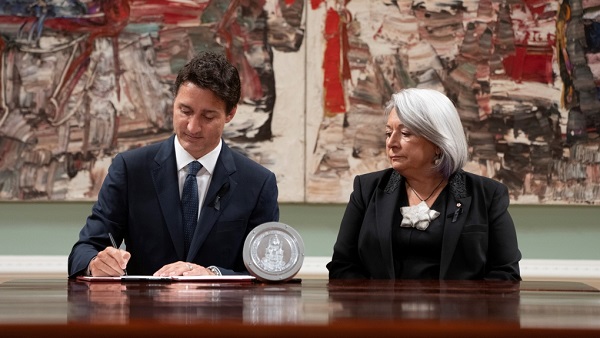 The Canadian government proclaimed Charles its king in a formal ceremony.

The ceremony was held at the official residence in Ottawa of the governor-general, the monarch’s representative in Canada who performs the duties of the head of state on behalf of the crown.

Report says trumpets then announced the exit of Canada’s chief herald from the residence. He read the order in council proclaiming the new monarch to the public in both English and French, ending with, “Long live the King!”

The ceremony ended with a 21-gun salute and the armed forces band playing “God Save the King.”

The government has announced a 10-day mourning period for the queen.

Earlier, an Accession Council met at St James’s Palace in London to proclaim Charles sovereign. The ceremonies are protocol and formalize the change in head of state.

Charles, automatically became king of the United Kingdom and the head of state of 14 other realms, including Canada, when his mother, Queen Elizabeth, died on Thursday at age 96.

However, Canada ceased being a colony of Britain in 1867, it remained in the British Empire until 1982 and is still a member of the Commonwealth of former empire countries that have the British monarch as head of state.