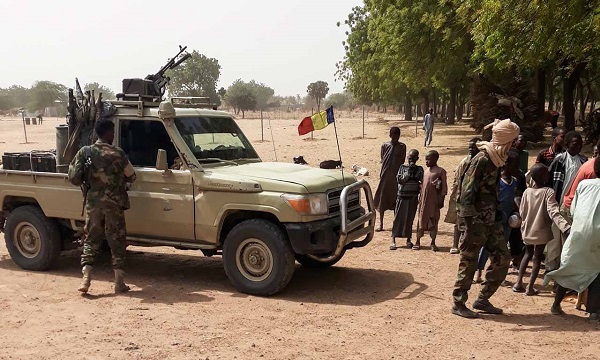 About 10 soldiers have been killed in an attack by Islamist militants.

Report says the attack took place in the early hours at an army post near Ngouboua in the Lake Chad area.

The marshy region is shared by Chad, Niger, Cameroon, and Nigeria and has been subject to many attacks by Boko Haram and the Islamic State group.

Meanwhile, Chad has been rocked by political turmoil and severe drought caused by climate change is having a disastrous effect on livelihoods in the Sahel nation.

Last week, the UN said 500 people had been killed in inter-communal violence since the start of the year mainly in disputes between agricultural farmers and nomadic cattle herders looking for pasture.

It also says a record 2.1 million people in the country are acutely hungry.