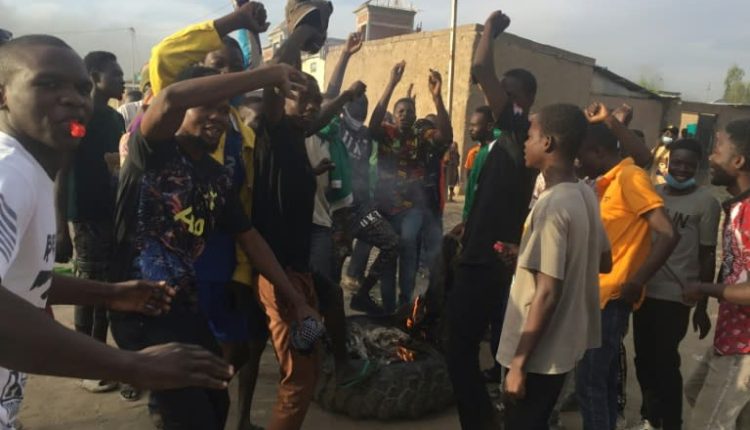 A nighttime curfew has been declared in 3 Chadian three cities, N’Djamena, Moundou, Doba and Koumra, the Prime minister announced after banned protests took place and were violently repressed.

The protesters demanded the ouster of Mahamat Idriss Deby Itno who took over in the wake of his father’s assassination 18 months ago.

The 38-year-old general formed what he called a unity government following his appointment as head of the transition after a national forum.

On the same day, the first cabinet meeting was taking place. The president did not comment on the country’s deadliest protest in recent years.

His Prime minister announced a night-time curfew until the “total restoration of order”.

On the international scene, however, the African Union (AU) and the UN were among the voices condemning the lethal use of force on civilians.

“I firmly condemn the crackdown that has caused many deaths in Chad”, AU chair of the commission Moussa Faki Mahamat wrote on Twitter.

“I call on all parties to respect human lives […] to choose a peaceful pathway to overcome this crisis”, he concluded.

“We call on the authorities to ensure that the security, safety, and human rights of all Chadians, including the right of freedom of expression, peaceful assembly, and association, are respected”, the spokesman for the United Nations chief urged.

“We also call on all parties to refrain from violence or excessive use of force and to remain committed to the spirit of dialogue in the interest of peace and stability in the country”, Stéphane Dujarric added.

According to testimonies by witnesses, demonstrators began to blow whistles at 3 a.m. all over the capital of N’Djamena.

They could be heard chanting slogans like: “Chad, we want equality, we want justice!”

Police fired tear gas at the crowds, which continued advancing and their numbers grew.

It was then that security forces opened fire.

The deaths mainly occurred in N’Djamena and the southern city cities of Moundou and Koumra, the Chadian Prime Minister said.

The government spokesman, Aziz Mahamat Saleh, “accused the protesters of attacking governmental offices, adding that a banned demonstration turned into an insurrection”.

A protester took the French President to take: “Macron, take heed, listen to the voice of the people”, the man said. “Today, if we are doing this, it’s because of you, France.”

Over 300 people were wounded and witnesses say some arriving at the hospital bore signs of torture.

Victims include journalist Narcisse Oredje who was struck by a bullet.