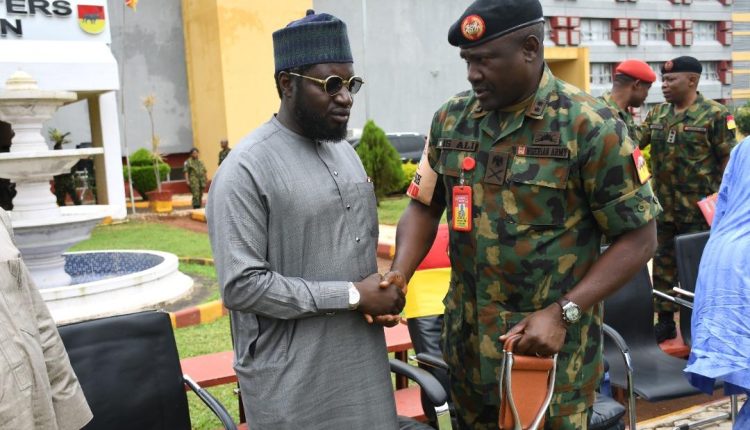 The Chairman House of Representatives Committee on Navy and Member representing Pankshin, Kanam and Kanke Federal Constituency, Yusuf Adamu Gagdi has lauded the troops of 3 Division and Operation SAFE HAVEN for their untiring efforts towards ensuring lasting peace in Plateau state. 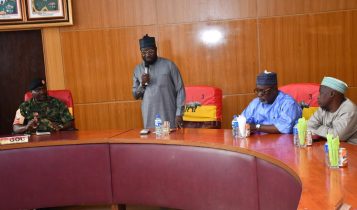 He applauded the efforts being made by the troops to decisively deal with criminality on the Plateau as he appreciated the GOC and the troops for the good job of tackling the security challenges with utmost commitment.

The Chairman reiterated his continued support to the Nigerian military and security forces on the Plateau as they strive to add value to humanity.

Yusuf Gagdi also stated his resolve to support policies of the government aimed at improving the combat readiness and welfare of troops to enable them to discharge their duties professionally. 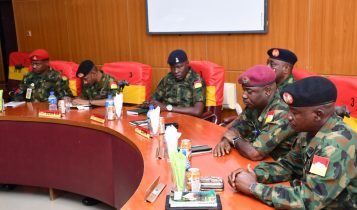 Responding, the GOC 3 Division and Commander OPSH, Major General Ibrahim Ali appreciated the Chairman for the visit and his concern for the security of not only his constituency but the State and  Nigeria as a whole.

He assured of his readiness to continually deal with all forms of security challenges to return the state to its pride of place where communities are peaceful and secured for economic activities to thrive.

General Ali also appreciated the community leaders and their subjects for supporting the security agencies with useful information. Present during the visit were Commanders and Principal Staff Officers of the Division.

Nigerians not getting value for money spent on electricity: Reps